Board to vote on senior finals 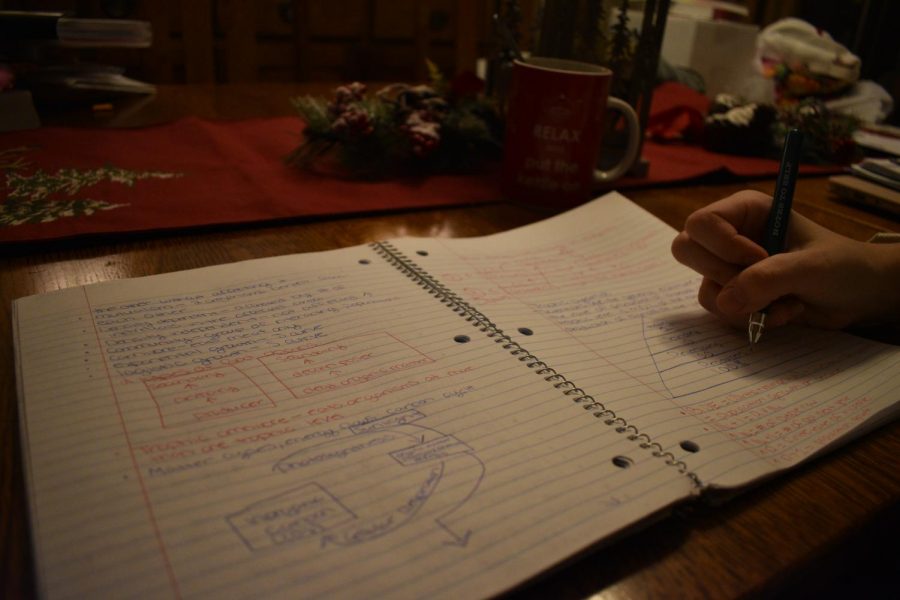 Finals are right around the corner, which means students have hours of studying ahead of them. However, this might not be the case for seniors come second semester.

On Monday, Dec. 18, the District 86 School Board will meet at Hinsdale South High School to vote on the issue of second semester senior final exams for both schools. The policy that will be presented is an option for seniors to opt out of second semester finals if they feel there is no need to take them.

The policy is being presented this year as a solution to scheduling problems with graduation and AP exams. The district convened a committee of teachers, administrators, students, and parents from both schools to discuss solutions to this problem.

“The fact that AP exams and graduation fall during the same week seems like an unwanted combination, so the district decided to create a committee that would come up with solutions, with multiple opinions, to overcome this problem,” said Ms. Hurt, vice principal at Central and administrator in the committee.

This committee met several times over the course of first quarter and came up with three alternatives to seniors taking finals during AP testing. In the end, they voted by a majority on the opt-out policy which is the option they will be presenting to the board. The committee took into account out that in past years seniors’ final exam grades didn’t alter 82% of the students’ semester grades, meaning their grade before the final was around the same grade they had after taking it.

“I am glad the school is deciding to try and give students the option to opt out of second semester finals, as they are basically useless for seniors,” said Andrew LaValle, senior. “I hope this policy gets passed.”

The committee also touched base with other schools to see what their approach was to this problem and found out that many schools in the area already had an opt-out option for seniors, and schools such as LT even had an opt-out policy for students starting freshman year (where they can opt out of one final of their choice, depending on attendance, grades, and other factors).

Many teachers had questions on how this policy would work and what it would mean for the course material taught, so the superintendent allowed teachers to come in during prep periods to ask any questions they had on the topic.

“Many of the teachers were hesitant, they were worried about motivation towards the end of the semester and how grades might slip, but in the end, I believe everyone agreed that it was the best compromise and would be the best base plan for future planning,” said Madeline Mikes, junior who was on the committee.

If the board votes in favor of this policy, it will be the first year that the school district has implemented something like this. People have asked whether this policy will continue for later years and maybe even expand to include other grade levels, and Ms. Hurt has stated in response that this year is the “pilot.” The school will conduct surveys and look at data to see whether or not they will allow this to continue. If the response is overwhelmingly positive, the opt-out policy will be likely to continue for future senior students.

The Board of Education public vote will be held at Hinsdale South on Monday, Dec. 18 at 7:00 p.m.