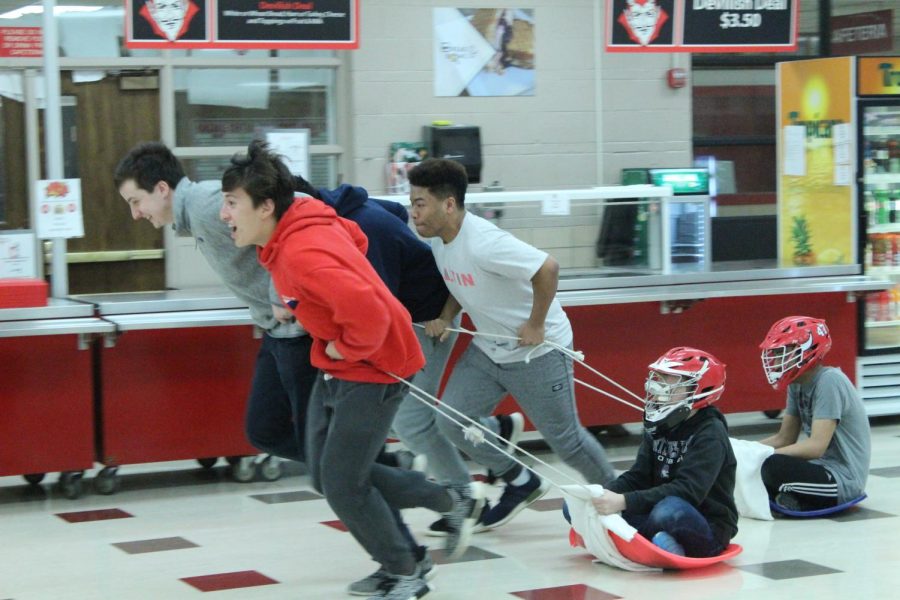 On Thursday, March 1, Latin Club held its annual Lupercalia festival after school in the cafeteria. Participants took part in a variety of events celebrating Roman culture.

On Thursday, March 1, Latin Club held its annual Lupercalia festival after school in the cafeteria. While the school has hosted its event for twelve years, the ancient Roman festival traces all the way back to the sixth century B.C.

The event was organized by Mrs. McCloud and Ms. Tobin, Latin teachers, along with the Latin Club leadership group.

“Lupercalia is meant for students to have fun and talk about Roman traditions,” Mrs. McCloud said.

Lupercalia included Roman-themed activities like art contests, trivia, bucca bucca, and chariot races. Students brought in food and drinks to enjoy while watching and participating in the games.

“We had a great time at Lupercalia. Marcus [Gruvberger] and I won the chariot race,” said Matthew Ritz, junior.

Chariots were composed of saucer sleds which were looped around the pullers by means of rope. The race consisted of two chariots with two pullers and one charioteer each. The course was three laps around two poles in the cafeteria.

Raffle tickets were awarded to game winners and participants. This year’s raffle prize was a choice between a homework pass or a retro Latin Club shirt. Winners were announced during school Monday, March 5.

Latin Club meets every Wednesday after school in room 151.