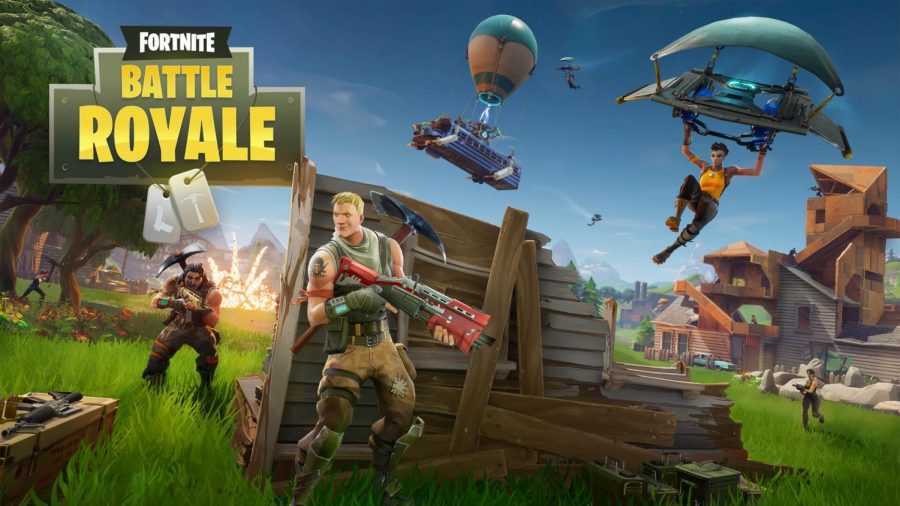 Recently, Fortnite: Battle Royale has taken over the student body and the rest of the world. With more than 45 million players, Fortnite is the most popular game on consoles and the most viewed game on streaming websites such as YouTube and Twitch.

Fortnite is a survival game that throws 100 players together on a map with the main objective being survival. There are guns laying everywhere and chests scattered around the map that are filled with even more guns, as well as healing equipment and shields. The graphics are bright and colorful, giving the game a lighter, arcade-like twist.

What also contributes to the playful feel is that there are in-game dances and skins. The Carleton, the worm, and the dab are just a few of the mainstream dances included. The skins range from giant teddy bears to John Wick.  Although the game is free, many of the dances and skins are priced at $10.

The booming video game industry has sparked a new genre of online content called “Let’s Plays”, which can be seen on streaming websites. Some students have chosen to broadcast their gameplay on these platforms.

“I stream most nights on Twitch for around three hours,” said David Gomez, sophomore. “The Twitch community is really supportive and has helped increase Fortnite’s popularity. I don’t think Fortnite will slow down, and I’m excited to see where it will go in the coming future.”

The game is constantly being updated each week, introducing new guns, additions to the map, or other items.

What separates Fortnite from other battle royales is that players are given the ability to build and all objects are destructible. Players are given four building options: stairs, planks, roofs and pyramids. The way a player gains supplies for building is through cutting trees, rocks, and metal crates. The most common material is wood, but it also the weakest. The second most common and durable material is stone, and the least common and strongest is metal. With these materials, players build giant bases, and some even build “stairways to heaven”, which is when a player build ramps all the way up to the maximum height.

“I first started playing Fortnite when I was at a friends house, and I immediately became addicted. This the first ever video game I’ve played, and I’m excited to become a part of the gaming community,” said Julia Krasuski, junior.

The map gradually gets smaller, as a deadly storm periodically closes in on a random point on the map. This is needed because as the total amount of players decreases, it becomes harder and harder to find other people.

Many analysts have stated that Fortnite’s popularity will leave a large legacy in the years to come, with no sign of the game’s user count decreasing anytime soon.

“I started playing Fortnite around November, and I’m honestly hooked,” said Graham Gits, junior. “I have over 200 hours on this game, and I don’t plan on stopping anytime soon. It has changed my life, and it is the most fun I’ve had gaming in a while.”

The game can be downloaded with PCs, PlayStation 4s, Xbox Ones and Macs for free.