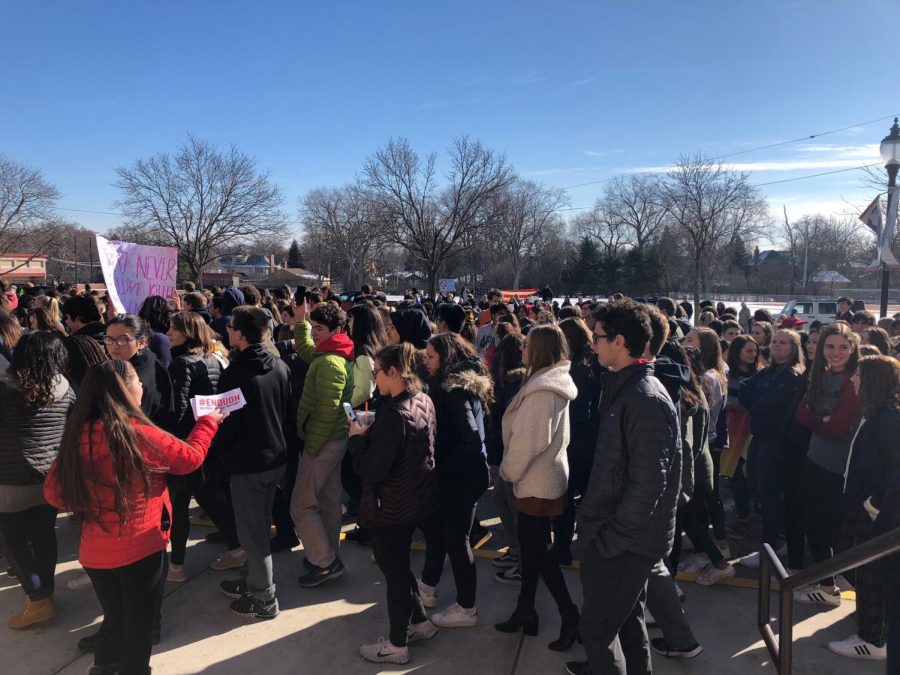 Hundreds of students left class to participate in the national school walkout to honor school shooting victims and promote conversation on gun control.

On March 14, hundreds of students participated in the National Walkout.

The National Walkout was organized to be exactly a month after the February 14, 2018 Stoneman Douglas High School shooting in Parkland. Students informed the administration they would walk out of class for 17 minutes.

At 10 a.m. students left class and gathered outside in front of the gym steps. A handful of students began to read the names and ages of everyone that died in the Stoneman Douglas High School shooting. Following the reading, 17 red and white balloons were released into the sky in honor of those that died.

Students walked around to the front of the school together to hold up posters for change. A few parents gathered on the sidewalk in support of the walk out. Some teachers also attended. Passing cars honked their horns to show their support.

A police car blocked Grant Street so no one would enter the school property during the walkout. The school administration discouraged participation, but acknowledged that students would participate regardless. As a result, staff checked student ids as people re-entered the building and teachers were instructed to take attendance before and after the walkout. The walkout was marked as truancy on home access center.

Although participation resulted in a blemish in attendance marks, students engaged in a safe, effective, peaceful protest.