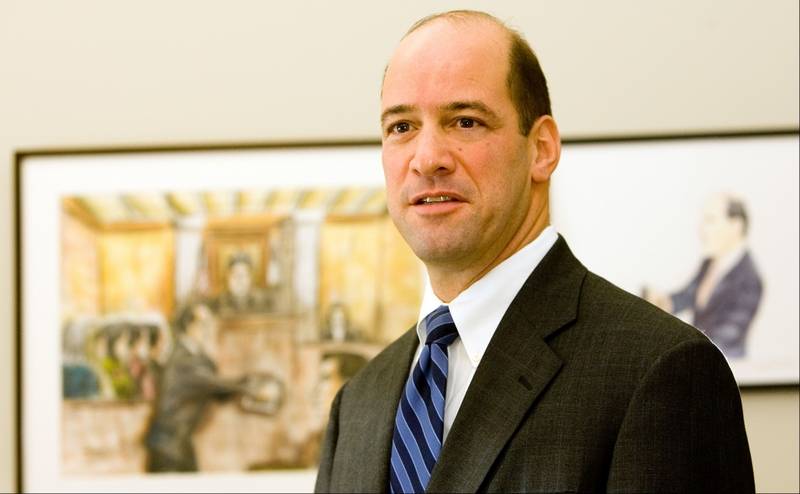 Courtesy of The Daily Herald

On Tuesday, May 1, DuPage County State’s Attorney Robert Berlin spoke to the school’s constitutional law classes taught by Mr. Hipskind. During the talk, he went over his experience as a prosecutor, went through his typical day of work, and answered questions from students. This is his sixth year speaking at the school.

“It was pretty crazy to see what the state’s attorney does to put criminals behind bars,” said Sean O’Connell, senior. “His job really requires you to look into every little detail for every case.”

Berlin has been the DuPage County state’s attorney since 2010, and his term will end in 2020. A state’s attorney represents the county in a trial, charges a criminal with a crime, and also prosecutes the criminal. Before his job as state’s attorney, Mr. Berlin was a prosecutor for 31 years.

He is connected to the school through his daughters, with one having graduated a couple of years ago and the other is currently a senior. He speaks at both Hinsdale Central and Hinsdale South.

“I found the talk very interesting,” said Liam Bots, senior. “Even though I don’t see myself being a lawyer, I still took a lot out of him coming.”

He presented three different murder cases and went into detail about how he handled each one. Each case was unique in that he faced various legal issues in each. The students asked questions about those cases, and they also had prepared questions. Questions ranged from asking Berlin about what his typical day might look like, to what the most common type of case he sees is.

“It’s really a great opportunity for students who are learning about the constitutional law. They learn about search and seizure, being a defense attorney, and the Miranda rights,” Berlin said. “This gives them a good opportunity for them to see how it all plays out in an actual trial.”