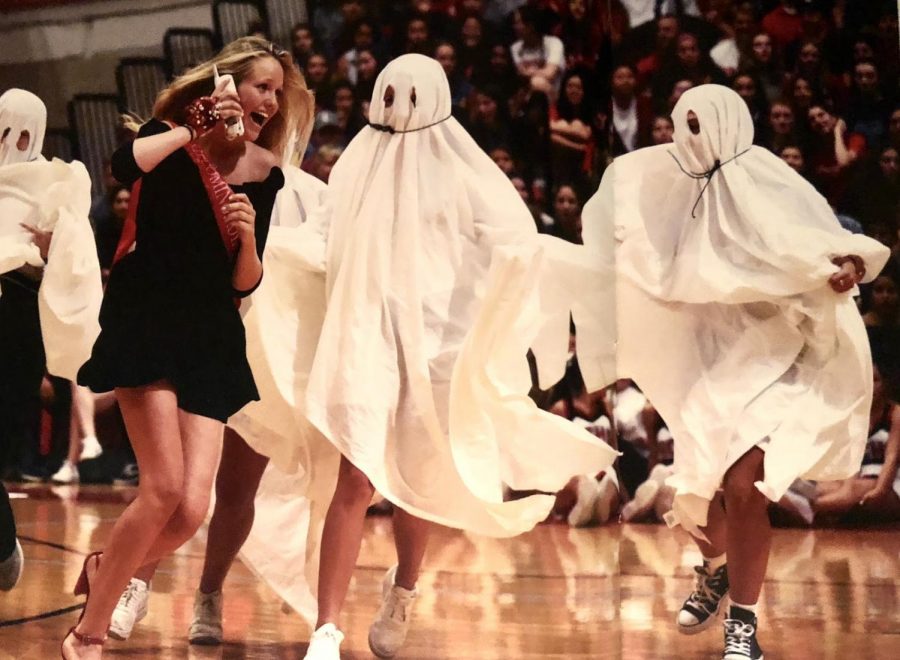 The candidates of homecoming court had to perform skits based off of the current homecoming theme. Last year Madeline McMahon and Joel Guerra performed a skit ´Ghostbusters´ related, based on the homecoming theme ´Back to the 80's´.

The homecoming court nominations ballot closed on Wednesday, Sept. 5 at 11:59 p.m. in anticipation of the 2018 homecoming king and queen race.

Senior students decide whether to endow themselves for a nomination spot on the court through a series of questionnaires displaying what their personality is like through open ended answer questions, forming a biography for the intended candidates on court from Aug. 31 through Sept 5. at 11:59 p.m.

Seniors then nominate out of the 116 nominees through a google survey, who they want  as their 12 king and 12 queen candidates for the court.

¨We changed it to online just because I think it’s really less awkward for students rather than coming and being like ´Hey I want to be on the court nominating myself,´” Hiffman said. “Also, [the online nomination]  does streamline the process and makes it a lot easier for us for accepting the nominations so we don’t have to sit in our classrooms before and after school every day and take nominations.¨

Hiffman and Tylk want to ensure that students are comfortable with what to expect if they take part in the court, and also want to prevent any forms of bullying to take place if students do not want to run for court. “[The process] is just a way of making sure that you´re putting yourself out there by choice,” Hiffman said.

When interested students nominated themselves for the race, some said that it was difficult to complete the survey, because they said they had been unaccustomed to writing positive qualities about themselves through the questions.

O´Bryon´s friend, Sarah Hughes, who had been on the court last year and is a current college freshman, told her about the exciting experiences she had with her classmates by being on court and how they bonded more closely, and encouraged O´Bryon to potentially take part in the festivities.

“[The homecoming dance, parade, and dress up week] seem like they would be so amazing to participate in because it’s my last year of high school and I know a lot of close friends will make court so I´d love to spend time with them,” O´Bryon said. “I would love being part of such a cool tradition and being able to participate in the school spirit.”

The court candidates will be announced on Friday Sept. 14, during the student pep rally at 2:30 p.m. in the main gym.