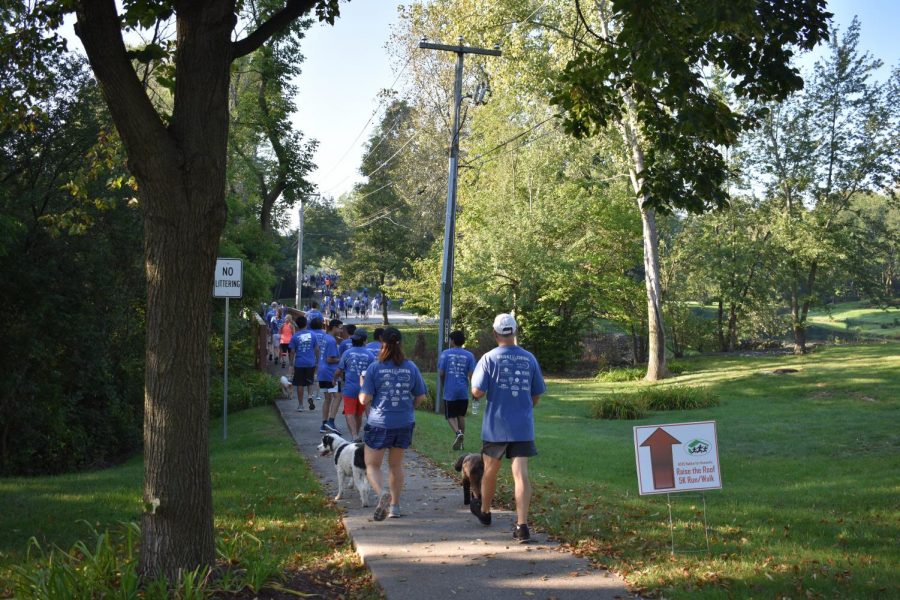 The Habitat for Humanity 5K walk/run took place on Sunday Sept. 16; participants walked or ran through the surrounding neighborhoods near the school.

On Sunday, Sept. 16, Habitat for Humanity hosted their annual Raise the Roof 5K run. They raised around $10,000, which will go towards the club’s annual trip to West Virginia to build a house.

The 5K began on Grant Street in front of the school, and it continued through South Grant Street, connecting to Elm Street. They then looped back onto 57th Street and headed west, finishing the race at the intersection of 57th and Grant Street. The full race map can be found here.

The event provided food and drinks to the runners, with the top runners receiving medals  in each age group.

“The day went well,” said Hannah Fuechtman, senior. “We had a lot of runners, and it seemed like most people there were having a good time.”

The entry fee for the 5K was $25, and T-shirts were provided to all participants. Participants had the option of signing up online or through a form.

“I helped organize the day, and it went well,” said Gavin Schwarz, senior.

Most of the money was raised through sponsorships, the biggest sponsors being the Clarendon Hills Bank, Clarity Physical Therapy and Wellness Center, the Hinsdale Bank, and RMB Capital.

The money will go towards Habitat’s annually summer trip, which is when they build a house for a family in Greenbrier County, West Virginia. This is their biggest fundraiser and will provide a large part of the trip’s funding. Other funding will include candy sales which are held second semester.

“It’s nice to know that this is for a good cause. We need to fundraise for the trip, and this definitely helped out,” said Kayleigh Hester, senior.

Habitat for Humanity meets every Tuesday at 7:20 a.m. in the auditorium and the club board has additional meetings on Fridays at 7:20 a.m.