Students of the quarter awarded for their excellence 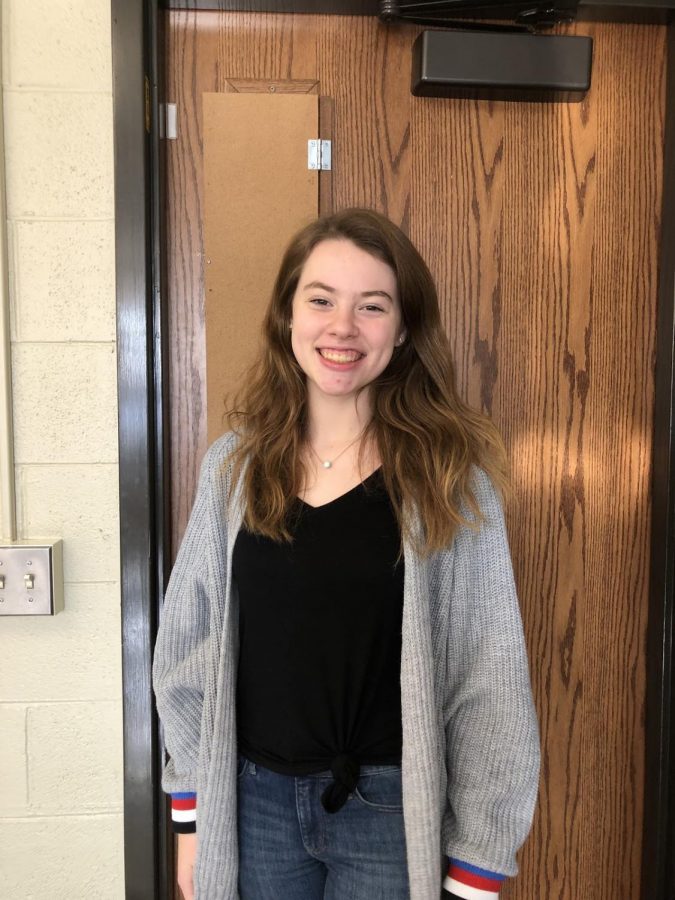 Mackenzie Turnball, junior, received the Student of the Quarter award for being the school's service leader for the first quarter.

Every quarter, students from each department are chosen for their outstanding work during class. Students are picked because they’re either improving or they continue to show excellence throughout the quarter. The school awarded 12 students recently for their hard work and their endless effort.

“My teacher told me I was picked because I moved up from a regular class to an AP class. I’m also doing really well because I have a natural skill and passion for Spanish,”  Zakieh said.

Students are often picked because of how much they participate and contribute to the class every day. Most of the students’ grades go up during the quarter as well in order to be nominated for the award.

“My teacher nominated me because I participated a lot and have a good grade and my teacher liked me,” said Greta Garber, senior.

The Social Studies Department awarded Greta Garber for her improvement during the start of her senior year and her participation daily during her class.

Students from all grade levels are eligible for the student of the quarter recognition. Teachers mainly focus on the success and improvement of the students, rather than their grade levels.

The award isn’t only for academics, but also could be given to students that are involved in activities, such as the peer leadership program. Mackenzie Turnbull, junior, was awarded for being the school service leader for the first quarter.

“I planned the peer leadership retreat this year since I was the retreat planner. Basically, I scheduled a seven-hour day at Katherine Legge for about 120 people, so my sponsors nominated me, and I got it,” said Mackenzie Turnbull, junior.