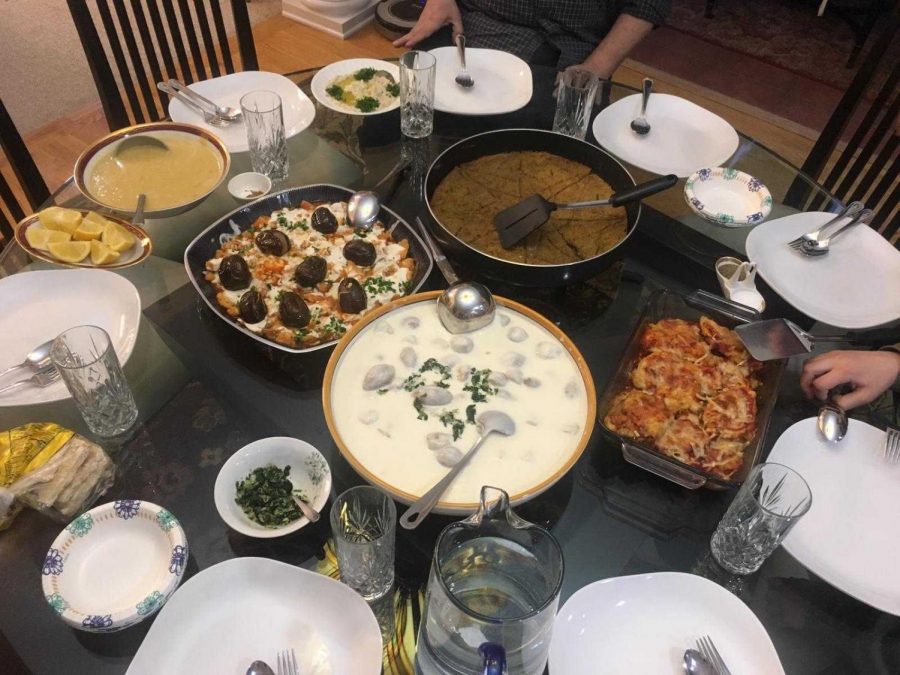 Typically Mediterranean dishes are cooked during the month of Ramadan.

The month of Ramadan is a Muslim holiday that lasts 30 days; people fast from sunrise to sunset without eating or drinking anything. Every year, Ramadan moves back 15 days, so this year, Ramadan began on Sunday, May 5. This holiday brings Muslims closer to their faith, while reminding them of those suffering around the world who aren’t as fortunate.

This is a way for Muslims to purify themselves physically and spiritually and many people choose to better themselves during this holy month and detach themselves from their bad habits. This is the earliest many students have experienced Ramadan, so fasting during school can be a huge struggle, especially while trying to balance the stress of the quarter ending.

“The time goes by faster when you’re at school but it’s harder to focus when you have exams, tests, and quizzes,” said Aminah Ahmed, freshman.

In order to be able to function properly throughout the day, many people wake up for “suhoor” which is a time period right before sunrise, to eat and drink so that they’re energized throughout the day. For some, this helps them structure their day properly by sleeping early, and waking up in time to eat a little, before going back to sleep again. Others might have a hard time with this because it might mess up their sleep schedule instead.

“I honestly thought that fasting during school would be harder than it turned out to be,” said Masa Najjar, senior. “The only thing that makes it difficult is the fact that my sleep schedule is being compromised because usually I would be sleeping during the school day, but instead I’m here. Otherwise, it’s been good other than the occasional thirst.”

Some Muslims struggle finding time to fit in a time for worship during the day, due to the amount of homework and exams they have to study for. When Muslims break their fast after sunset, they have about an hour between that time and the religious prayer during this month, often referred to as “Taraweeh Prayer.” Since students have school the next day and rush to finish their homework, many don’t get to enjoy this ongoing tradition.

“I feel occupied throughout the day when fasting at school, but the only downside to having Ramadan during school is my sleep schedule is always messed up and especially in the weekend it gets more messed up,” said Lamis Al Natafgi, junior. “Going to prayer until midnight then waking up for breakfast before sunrise and later for school is not easy.”

Freshmen, sophomores, and juniors will take their finals during the last couple of days of Ramadan, and the first day of Eid. Since this is a religious holiday for Muslims, emails were sent to Muslim Student Association (MSA)  members saying that students have the right to reschedule their finals to their liking. If students have any questions about this, make sure to speak with one of the two MSA sponsors, Mr. Ruben Rodriguez or Mrs. Rahman, teachers in the social studies department.