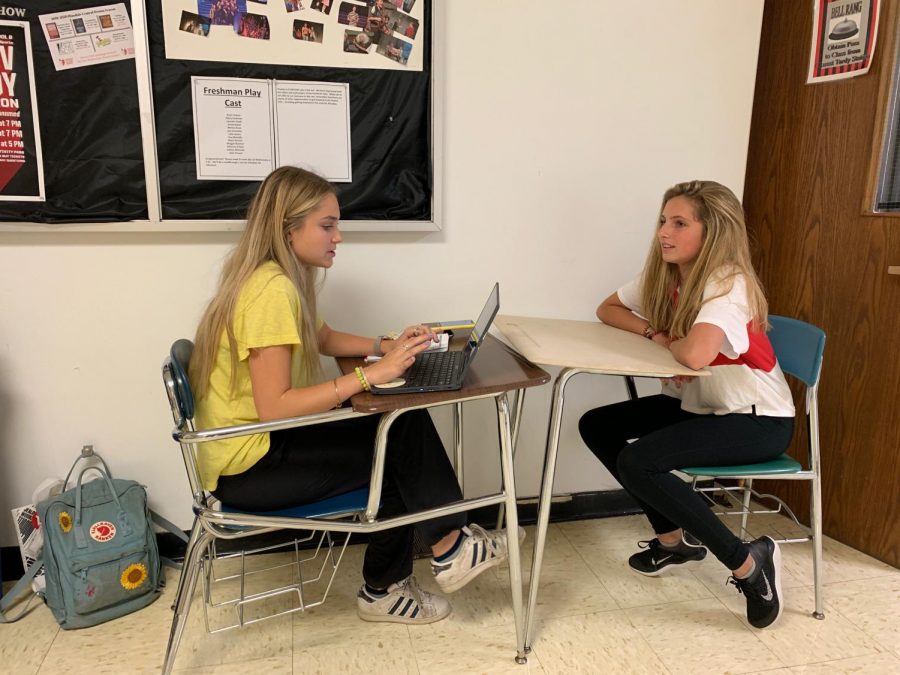 During the week of Aug. 26, freshmen candidates began campaigning for the class of 2023 board elections. Voting will occur on Sept. 4, starting at 7 a.m., and winners will be announced on Thursday, Sept. 5.

A total of six students ran for class president and 21 for senate. In order to run, candidates needed signatures from a parent, guidance counselor, student council sponsor, and 50 of their peers. Students then filled out a resumé with their qualifications and traits.

Once approved, candidates received a list of campaigning restrictions, such as not passing out anything bigger than a fun-size candy bar.

“We just want to make sure the competition field is even for everyone,” said Sally Phillip, activities director.

Students used a variety of strategies to advertise their candidacy. Most students hung posters and flyers around school. According to a blog post by Kate Sundquist, senior blogger at CollegeVine, titled “How to Campaign for Student Council,” hanging posters and flyers around school helps make sure that as many people as possible hear your message.

“For my posters, I said, ‘I’m not asking you to vote for me, I’m asking you to check the box next to my name,’ which I thought was funny,” said Kamila Sawokso, presidential candidate.

A second strategy included passing out items, such as candy or stickers, in order to make a candidate more memorable.

“I handed out candy with my name on it that said, ‘Vote Sophia for president’,” said Sophia Gramatis, presidential candidate.

Starting at 7 a.m. on Wednesday, Sept. 4, the freshmen class voted for their board. Students could vote for 12 senate candidates and one for president.

“I just think that if people are nice to people in the halls and real, they’ll get elected,” Phillip said.