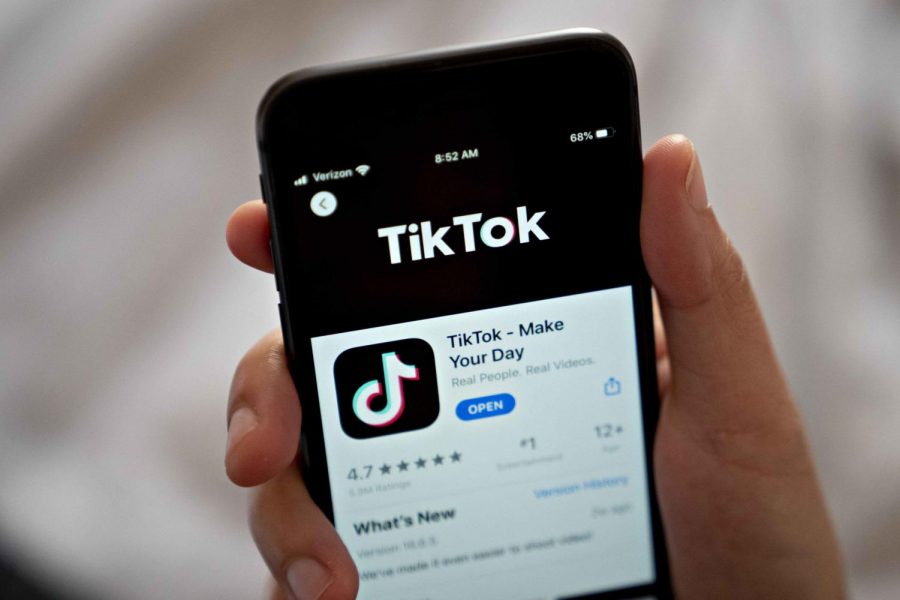 The popular app TikTok, which enables users to create and share videos, was purchased by an American company Oracle on Sept. 14.

TikTok users have been concerned with the app’s removal for months now. On Aug. 7, Trump issued an executive order where if TikTok was not sold within the following 45 days, it would be banned from the U.S. completely. Rumors of Microsoft buying TikTok spread, and avid users were hopeful that this was true. However, recent news has debunked this.

ByteDance, the current owner of TikTok, is located in Beijing, China. Trump has voiced his concern regarding

this, stating that the Chinese government could be spying on and persuading American minds through propaganda on the app.

“I didn’t even know [Chinese spying] was a thing,” said Liv Miller, junior.

The new deal made by companies ByteDance, Oracle, and Walmart would establish a new entity on U.S. soil called TikTok Global, which could potentially satisfy the national security dilemma. The deal also calls for more of an American influence on the new entity, resulting in four out of the five new board members being American. At a rally on Saturday, Sept. 19, Trump expressed his support for the new deal.

As TikTok would become independent through the newly established deal, Oracle would take on the role of a cloud provider, which is essentially a place to store data. Walmart, however, would focus on the marketing aspect. According to the company, it would use its “omni-channel retail capabilities,” which involve searching for items and their specific prices online.

Within Tiktok Global, companies Oracle and Walmart would purchase 20 percent of the new entity, with ByteDance retaining 80 percent of the company. Despite approval from Trump, critics are skeptical of how effective the new deal will be in protecting the United States from national security issues in China.

Mr. Wilbur, civics teacher, expressed his concern regarding the national security issues, saying that they should definitely be examined. However, he also made sure to note the benefits of Tiktok.

“It’s a platform for civic engagement among young people, which I think is great,” Wilbur said.

A primary concern voiced by  Trump was the “fake news” involving the app’s recounting of history, which is advertised to Americans through TikTok. Moving forward, he wanted to include an educational aspect to the app in order to combat this issue.

He proposed investing “five billion [dollars] into a fund for education, so we can educate people as to [the] real history of our country — the real history, not the fake history.” Companies Oracle and Walmart also later revealed that there were plans to incorporate education into the app by adding a video curriculum for students.

ByteDance, current owner of TikTok, disclosed that the app “has been committed to investing in the education field, and has plans to work with partners and global shareholders to launch online classroom projects based on A.I. [artificial intelligence] and video technology for students around the world.”

“I wouldn’t use TikTok for educational purposes because anyone can put information on the app, even if they don’t know the full truths and facts behind it all,” said Maddie Molis, sophomore.