It’s our own fault: Red Devil spirit in the dumps 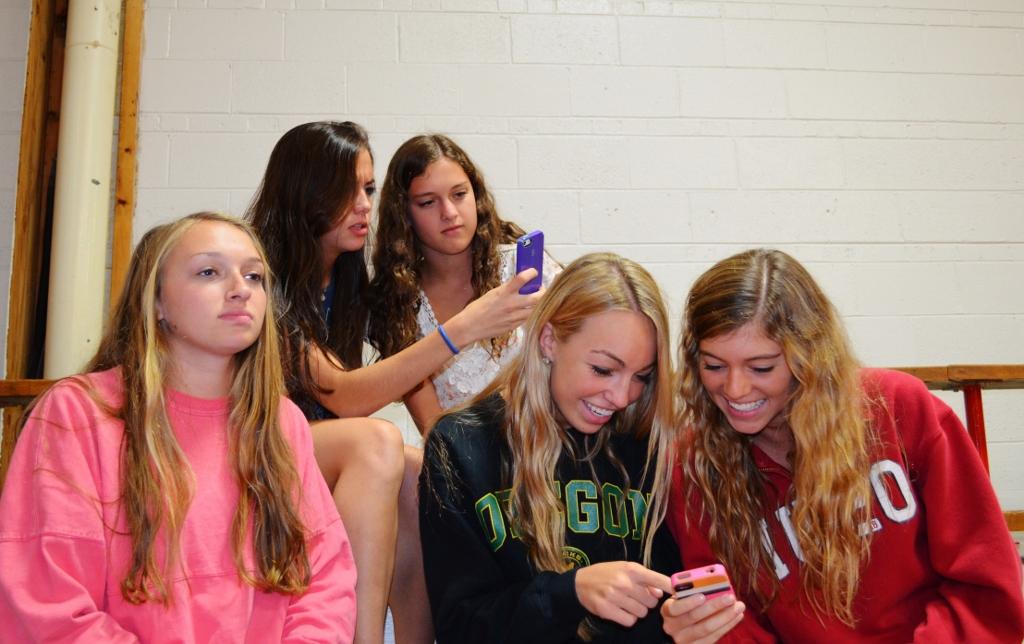 As she does every Monday, my Spanish teacher asked in Spanish, “What did you do this weekend?” After the typical responses of “sleep” and “homework,” she asked, “Who went to the football game Friday?”  I looked around and counted four hands: one cheerleader, one pommer, one football player, and only one  student. As I looked around at the hands raised, I wondered where has our Red Devil pride gone?

Last Friday, the Red Devil mascot roamed the halls holding a sign that advertised the upcoming game. Maybe he never ventured into the underclassmen halls where I would have seen him before, or maybe it’s just a fun, new thing the mascot wanted to do, but I’ve never seen him outside a pep rally or football game. The mascot feels it too–he was trying to get people pumped up.

At most of the games I’ve attended, I notice students socializing instead of actually watching the game. “Our football team doesn’t win state or anything, so nobody really gets into it,” said  Jillian Hanley, junior.

Cheerleader Alessia DiNunno, junior, can attest to the decline in school spirit. “I’ve noticed that since [my] freshman year, our student section seems emptier.”

Even the e-blasters that are sent out have to remind students to show their spirit on Fridays by wearing red. It’s a fact many have forgotten about, including myself. Freshman year, I had a rhinestone Red Devil t-shirt that I wore almost every Friday there was a home football game. Now, I wear whatever I feel like on Fridays.

DiNunno believes that having students band together can solve the problem. “Maybe if we just emphasized how fun it would be and how we can all look dumb together, it will be more entertaining,” DiNunno said. She explains that if seniors can bond over their crazy dress up days, then so can everyone else.

If spirit is declining, is it because we are focusing on more pressing matters, like our studies, or is it even a concern? The mascot roaming the halls and some email reminders to wear red won’t fix the problem. What students need to do is take the initiative to show their Red Devil pride.