Are debates worth watching? 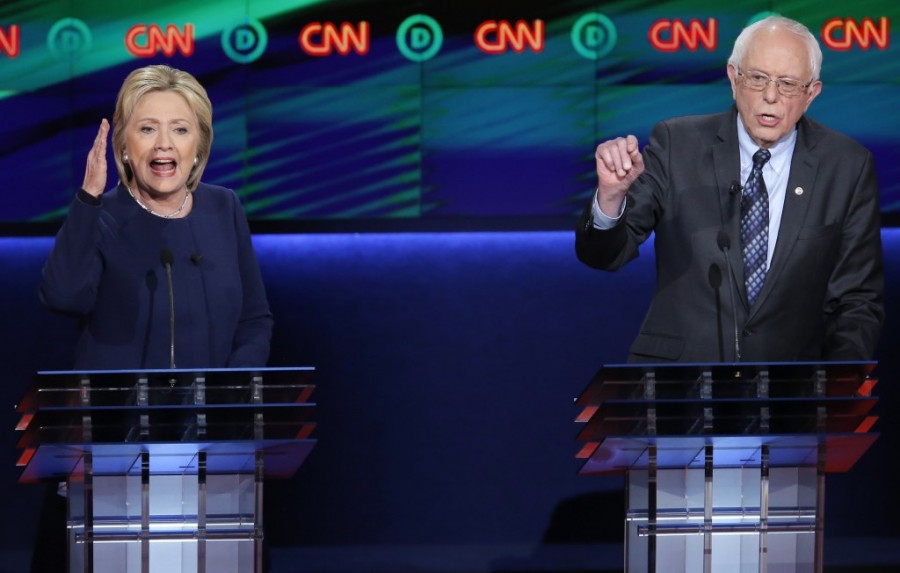 If you are interested in politics or live in the United States, then I’m sure you’re aware of the news surrounding the recent debates, including things like “Is Bernie Sanders sexist?” and “Donald Trump defends size of his penis.” But aside from the major news stories, are debates even worth watching?

Yes! If I could write an entire article with just the word “yes”, then I would, but I can’t so I’m going to explain instead.

Debates aren’t just important for the obvious reasons, like knowing which candidates support which policies or what they plan to do in office. Debates are also important in knowing who you’re really voting for.

For example, throughout the March 3 GOP debate, the audience witnessed a series of unprofessional arguments take place between Marco Rubio, Ted Cruz and Donald Trump, which seemed to concern numerous audience members as well as news outlets. Throughout these arguments, one candidate, Gov. John Kasich, did seem to focus on the issues at hand and steer clear from jokes about yoga or Trump’s hand and penis size.

This debate in particular seemed to differentiate the true diplomats from those who just seemed to desire power amongst their peers.

Debates are also important to watch in order to allow voters to make sure they’re seeing the entire context of a news story and form an unbiased opinion about certain situations. One of the situations to note would be Hillary Clinton’s interruption of Bernie Sanders and the media’s opinion that Sander’s comment “excuse me, I’m talking” was misogynistic.

After watching this debacle live, I was able to form an opinion of my own, separate from the many sources who claimed Sanders to be sexist. This is no different than the GOP candidates who interrupt each other’s speaking time and are met with the same response, but when done to a woman it becomes sexist, which seems ridiculous. Interrupting a fellow candidate’s speaking time is not only rude, but it takes up the short amount of time they are allotted to answer a question, hence Sanders’ frustration.

But even though I have formed my own opinion after watching the above incident, my point is that anyone watching is able to see for themselves what happened and believe whatever it is they want to believe. It is so important, especially for young voters who haven’t been around the world of politics for as long as adult voters, to see the way candidates treat each other and see for themselves how they react under pressure. It is no longer enough just to read a quick synopsis of debates, one must pay close attention to candidates at debates in order to see firsthand how their favorites act.

While some people originally watched debates for comic relief or to further oppose certain candidates, they are much more important than just that. Whether you’re a Republican watching the Democratic debates or vice-versa, these debates are a must-see because any one of the six candidates could be the next President of the United States and we really should know what we’re getting ourselves into.