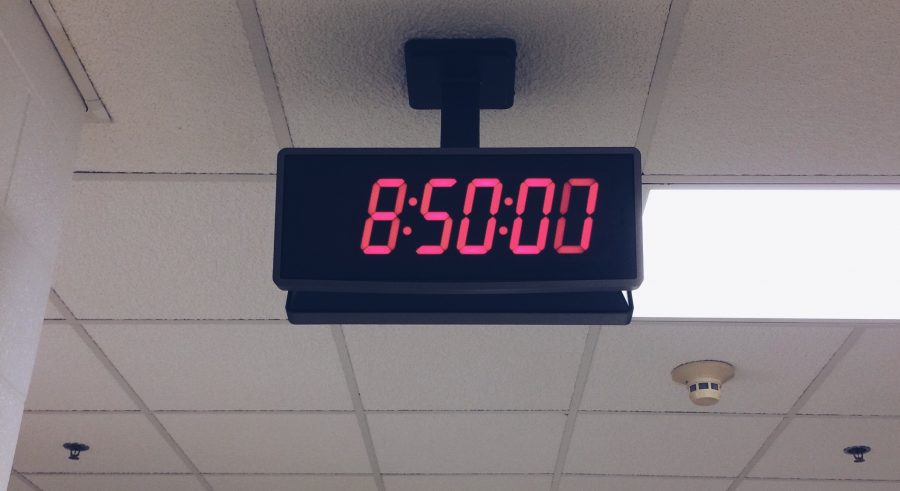 Instead of 10 a.m. starts on select Wednesdays, late starts will now begin at 8:50 a.m. on most Mondays.

On Aug. 22, the new late start system began: having a 50 minute late start most Mondays instead of having a two hour late start on select Wednesdays. After much anticipation students were met with disappointment and a longing for the old system back.

“It’s nice to have it every monday but I miss the old late starts because we had more time to sleep in,” said senior Jueling Chen.

Being used to having two hours in the morning on select Wednesdays to get breakfast, finish homework, or catch up on sleep, many students felt that 50 minutes was useless. Personally, I chose to catch up on sleep, as I have with every late start for the past three years, but the extra 50 minutes after a weekend of rest didn’t have the same effect as two hours in the middle of the week.

Many students took the 10:00 a.m. start as a time to get some sleep; In between doing homework late at night and waking up early for morning practices, many viewed the extra two hours in the morning as their chance to go to bed early and do their homework in the extra time in the morning.

“With the old late starts there was way more time to do things [before school],” said junior Maddy Swade.

Unfortunately for most, the new late starts are here to stay (at least for the next year), but hey, anything is better than having an 8:00 a.m. start every day.