How should you read news? 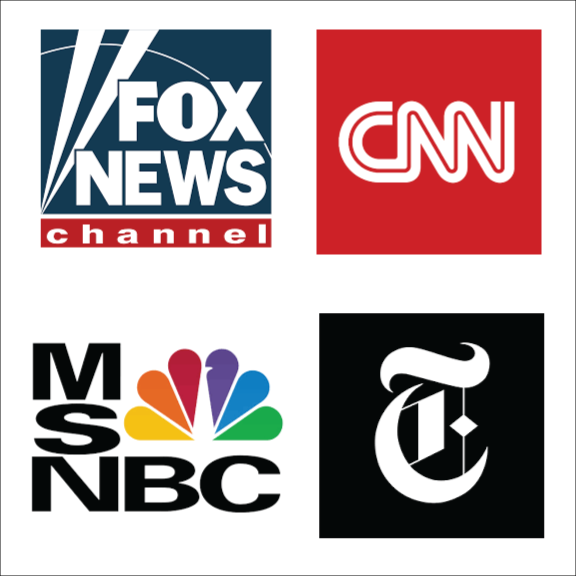 Different News sources can have their own biases and it is important to recognize them.

When attempting to find a decent news source, it can become evident how incredibly biased the sources are. This is especially apparent while consuming any type of media during an election year, which can make it increasingly difficult to find the pure, unadulterated facts in a story or issue without the pollution of any one specific political agenda. However difficult it may be, it is possible to form an opinion based purely on the news available.

When journalism was limited to print, the tendency for bias to arise in any atmosphere outside of an editorial piece was much more rare. However, with the over-saturation of different media outlets, these sources slowly allowed themselves to sway in one direction or another, sacrificing the previously-held journalistic code of ethics.

“It’s almost impossible to find a source of news that doesn’t have an opinion tied to it,” said Nicko Ledesma, senior.

Now every individual source of news has both ends of the political spectrum concentrating the market with their ideology.

More bias news sources became increasingly popular because people naturally would rather feel like they are right. By absorbing media that agrees with them, people feel as though their own opinions are given validity greater than that which they’ve created in their heads by their own rationale. Though convenient, this way of reading, watching, or listening to news can be dangerous due to the fact that once only exposed to one side of an issue with two opposing viewpoints, a consumer may automatically credit that viewpoint as fact and disregard any and all other stances on an issue without looking into them first.

The best way to consume this media is to attempt to get both sides of every issue. For example if you watch a piece on CNN, it would be wise to watch a piece on the same issue on FOX for the differing opinions.

“I hate watching news when all they do is talk about their opinions more than the news itself,” said Mantas Sirmulis, senior.

As painful as it may be to expose yourself to an ideology you do not fall in line with, it will make you an all-around more intelligent and well-informed person on a specific topic.

Even better, in this respect, is to do so with the online readable articles of these platforms. With a 24 hour news cycle comes lots and lots of filler, so in order to maximize the concentration of actual news, reading what is written online is a lot more efficient.

Another issue with the 24 hour news cycle is the potential for inaccurate information.

Often times the television news media, in order to fill time, will report any information they get as soon as they get it as to keep the ebb and flow of their network moving. The issue with this is that the credibility of these claims are often times not checked due to a desire to be the first to report a specific aspect of a story.

Another positive aspect of the online article version of news is a lacking in bias. Written news tends to be less biased than broadcast journalism, due, in part, to the content presented. Stories reported upon online are usually more fact-based than their broadcast counterparts.

Now this is isn’t to say that there won’t be bias in written journalism; there will be, and in some cases more-so than on broadcast, but if you are looking at CNN, for example, their website’s short and to the point synopsis’s of a topic will more than likely be far less bias than what they report on their television network.

In order to accurately choose what sources to look at, the biases of each individual news outlet must be examined. For instance, CNN, The New York Times, and the MSNBC tend to be more liberal while FOX News, The Wall Street Journal, and talk radio stations tend to be more conservative.

Check journalism.org to see the political ideology of the audience of a news source if you cannot tell which side they lean to, if they do at all.