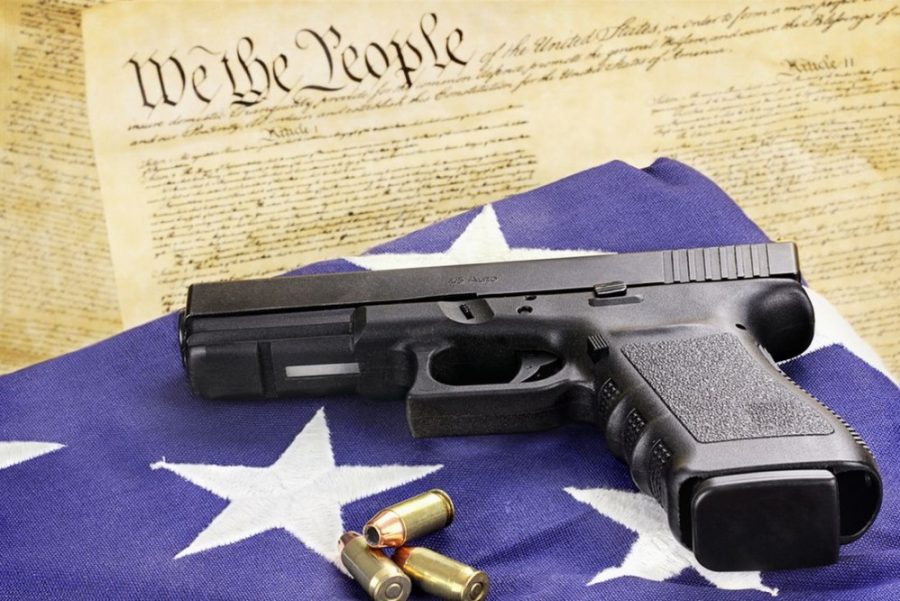 Photo courtesy of The Federalist

Gun control is a hotly contested issue in Congress and in the recent election.

Nowadays, gun control is a polarizing issue. Both sides are toxic in regard to the opposing viewpoint, believing that their side is the only way. This is incredibly dangerous. What really needs to happen, to prevent this polarization, is for the federal government to impose basic gun control regulations, and then step back and let local and state governments take control.

No citizen should ever be allowed to purchase anything along the lines of an assault weapon, or one that would be used for military purposes, but they should be allowed to protect themselves and hunt. No one needs any weapon with an extended magazine, or one that can fire automatically. These weapons are inefficient for hunting, and are good for little more than killing other human beings in large numbers. Some may argue that these weapons are required for the purpose of arming the populous, in other words, arming to protect against total government control. This would work in a perfect world, however, our government now has access to weapons beyond the scope of anything that any citizen could even hope of buying or operating. So next time this argument is made in favor of an AK-47, just think how that would fair against a tank, fighter jet, or rocket launcher.

After these regulations are put in place (banning anything that would be considered obviously excessive), the power to control gun rights should be put in the hands of solely local governments. Local governments should have power over gun laws in order to ensure that the will of specific states and communities are taken into account. In some societies it’s obvious that hunting weapons have no place, like in the middle of a major city. However, when one travels to a rural area, the practice of hunting for both food and sport becomes exponentially more common. There are plenty of societal differences around our nation that require that we leave these laws to local governments and let them decide what the people there deem appropriate.

With mass shootings and gun tragedies on the rise, many have began to question the gun laws in our society and the place of the second amendment. While it’s important to perform background checks on citizens before purchasing guns, banning them partially or entirely isn’t a logical solution.

There are already so many guns in circulation that if the government were to take away the Constitutional right to bear arms, it would only affect law-abiding citizens. The people who are performing gun violence are criminals that would likely overlook regulations in order to possess weapons. Disarming citizens only decreases the chances of an honest person defending his/herself or others in the event of a shooting or other act of violence, whether on a massive or smaller scale.

People kill people. We do not ban cars or swimming pools or anything else for their role in the deaths of citizens annually. It’s important to increase mental health evaluations as well as background checks on citizens wishing to purchase guns, rather than banning guns themselves.

The Constitution is a document that is hundreds of years old, and the right to bear arms has been protected for 225 years. The right that Americans have to self-defense, as well as hunting and other outdoor activities is important and should not be overlooked or overturned. Giving too much control to the government over our weapons is dangerous, as it is only a means to grow their power and limit that of the people.

A small, index card sized sticker on a window declaring an area a “gun free zone” will not stop a person attempting mass murder. What could, however, is the innocent and protected citizen with his own weapon that takes out the threat rather than being left defenseless against these criminals with no regard for laws.

For more information regarding both sides, visit an unbiased source.