We should change how we teach math 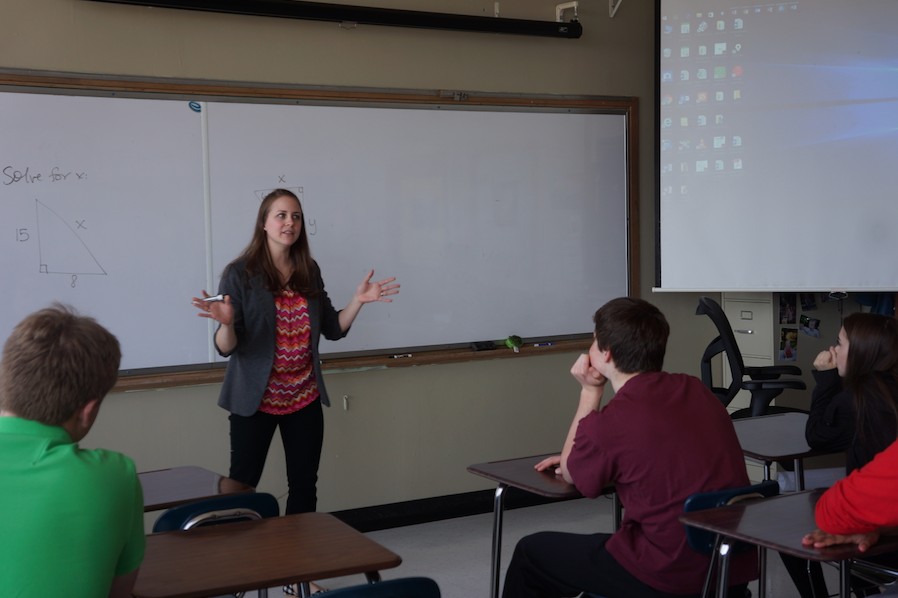 We just finished learning how to graph “slope fields” in calculus, a graph of a function’s slope at each point on a graph. It’s a bizarre thing to learn not only because the graph looks like a bunch of random lines in different directions, (see picture) but because it’s hard to find any purpose to slope fields at all. This is how it goes with every calculus lesson, we learn how to do it but never really know the real world applications of it. Now, I’m not here to say calculus or any other math course is pointless, calculus is useful and necessary for some jobs, but it needs to be taught in a way that makes it seem that way.

According to a Gallup poll taken in 2013, Americans consider math to be the most valuable subject. In a similar poll, though, Americans cited math as their least favorite subject, tied with english. There is a bit of a disconnect here. Americans think math is valuable, yet, they don’t like it.

They think it’s valuable because a lot of things in life require math like taxes, mortgages, and loans.

“I wouldn’t want anyone to be taken advantage of in a loan, for example, because they didn’t know math,” said Mrs. Wendy Orloff-Bowman, calculus teacher.

But despite math’s usefulness, and necessity, I still don’t like it, and neither does a large percentage of high school students. It’s not taught to us in a way that is applicable to real life situations. What needs to be done is a shift to a math lacking context, to more real life problems. No more lessons without purpose.

“A math curriculum that focused on real-life problems would still expose students to the abstract tools of mathematics, especially the manipulation of unknown quantities,” said David Mumford, a Brown math professor in an op-ed piece for the New York Times.

This is true. If math was taught in a more relevant way, the concepts would still be taught, learned, and tested. It just would be from a different angle. For example, we wouldn’t just be taught solely how to factor a polynomial we’d learn why we need to factor it. Maybe we need to factor it because it’s a polynomial representing the speed of a car and without factoring it, it’d be too difficult to evaluate. Thus, not being able to find the speed of the car.

According to the Pew Research Center, America ranks 38th out of 71 other countries in math achievement. If math was taught to be more applicable, I bet we’d be ranked higher. Students would know not only how, but why they’re learning the stuff that they are. Students would have a better quantitative understanding of the world too . But most importantly, students would show up to math eager to learn.