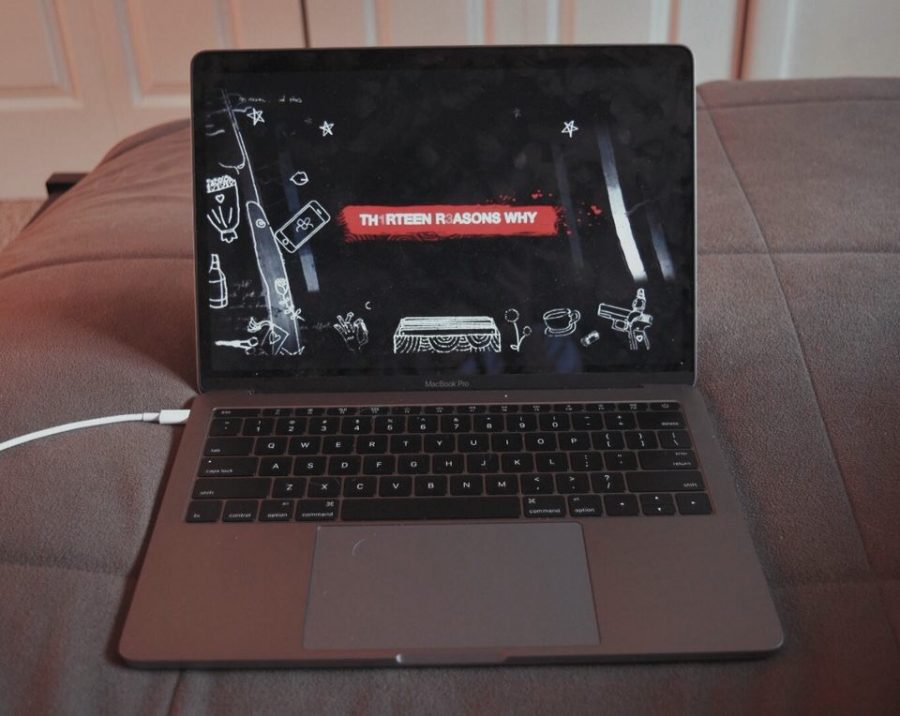 Thirteen Reasons Why is a new Netflix show that has taken social media b storm. This show, produced by Selena Gomez, was developed into a Netflix series from a book written by Jay Asher.

The latest show that students have been binging is “13 Reasons Why,” a show where the protagonist, Hannah Baker, commits suicide and leaves 13 tapes of explanations. It has gained extreme popularity in the last couple of weeks not only in our own town, but around the country. This popularity has brought a bit of controversy with it, too.

I, myself, have a few problems with the show, the main one being that the show, at times, is unrealistic. Clay’s parents, for example, seem to be totally out of the loop. They realize this, and yes, they have tried to ask Clay what’s going on, but the effort seems minimal. We also have Justin, who has tattoos on his back as a high school sophomore. The high school is also an unrealistically hostile environment. It’s hard to find one nice person besides Clay or Tony, which is an inaccurate representation of the average high school.

The other problem with the show is the general message that it sends, which is that there is someone to blame for suicide. The 13 tapes each blame someone, and by the end of listening to each one, we feel ill will towards each antagonist mentioned. Clay feels this too. But the thing is, suicide isn’t blameable and, a lot of times, can’t be prevented by simple kindness. That’s not to say kindness wouldn’t help, but according to the University of Washington, 90% of those who commit suicide suffer from mental illness. This show fails to elucidate any aspect of mental illness whatsoever. With that, it makes those who didn’t behave like perfect angels feel guilty.

Although the message is a bit skewed, what this show has done is spark a conversation about suicide and bullying.

“The show’s success isn’t coincidental, it doesn’t hold back on major issues, such as rape and bullying, which are some important issues for high schoolers,” said Sam Fathizadeh, senior.

It has also made others, including myself, more cognizant of our actions because, as shown by the show, people take things in different ways. Maybe some girls are flattered from compliments about their butt, but Hannah was offended. This show has helped me think twice now before I say things that can be misconstrued.

Message aside the show was suspenseful and each episode kept you wanting more. For entertainment’s sake, it was great. In addition, Dylan Minnette does a great job with his role of Clay, outperforming every other actor on the show. This isn’t much said, as the acting was sub par, but Minette really embodies Clay’s sorrow and social awkwardness in a way that seems very genuine.

Sure, there are some major flaws with the show when it comes to the messages sent. But the show is filled with ups and downs, some humor, and a captivating plot that makes it great for entertainment. I wouldn’t recommend this show to anyone dealing with depression or suicidal thoughts, nor would I consider this show exemplary in an any way (it’s just the opposite), but it’s definitely a good guilty pleasure show.