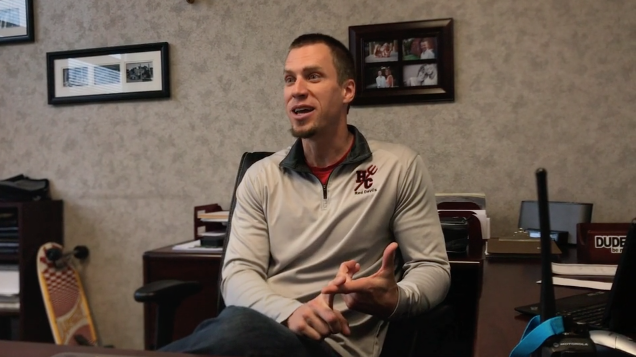 With the school year coming to an end, the inevitable senior pranks are quickly approaching. After the senior softball game on Dickinson Field, only time can tell if the pranks will get more severe, but this begs the question, what makes a perfect senior prank?

“A perfect senior prank doesn’t hurt anyone and is just good clean fun,” said Mrs. Sally Phillip, activities director. “I think the softball game was awesome. It didn’t hurt anyone, and nothing had to be cleaned up.”

This is an obvious response from staff, but some students are not so satisfied with the outcome of the most recent senior prank.

“It wasn’t even a prank,” said Mantas Sirmulis, senior, “We got you! We played softball!”

Many students wish that the prank would have been more extreme. This was less of a prank and more of a show of senior bonding. A perfect prank is difficult to achieve, however, due to the moral and potentially legal ramifications of different pranks. As funny as it would be to release crickets in the school or have a food fight, the custodial staff would be the real recipients of the prank, and that is not fair to them. They did not do anything to us, and we shouldn’t do anything to them. There is also always the possibility for legal trouble.

“If someone were to break the law, then we would obviously have to contact the authorities. We wouldn’t want to, but we would,” said Mr. Steve Edsy, dean of students.

This has been a problem in the past, unfortunately. People have spray painted the tennis courts and committed other forms of vandalism in recent years. That isn’t even funny, it is just illegal.

If you are lucky, you can catch an old enough staff member and talk them into telling the story that has been passed down for year now of the, in my opinion, best senior prank that has ever been committed at Hinsdale Central: the infamous “infectious disease” prank. It’s just as bad as it sounds, but for a different reason.

The prank started with the senior class getting a copy of the school’s stationary at the very beginning of the year. They then wrote a letter to all incoming freshmen discussing a fictitious highly contagious infectious disease that was spreading around the area. They said that on the first day of school the freshmen needed to get tested for the disease. But how were they going to be tested? Two words: stool sample. So, on the first day of school, freshman after freshman reported to the dean’s office with little biological hand-grenades that they insisted on forcing on the staff. This prank covers all bases: low cleanup, students pranked, staff pranked, and it was legal (probably).

So, though we may never reach the pranking prestige of those Central alum, we should aspire to achieve the greatness that they did, but all the while remembering not to hurt anyone, not to do anything illegal, not to make too much of a mess, and most importantly remembering that it’s just a prank bro.