More religious holidays should be recognized 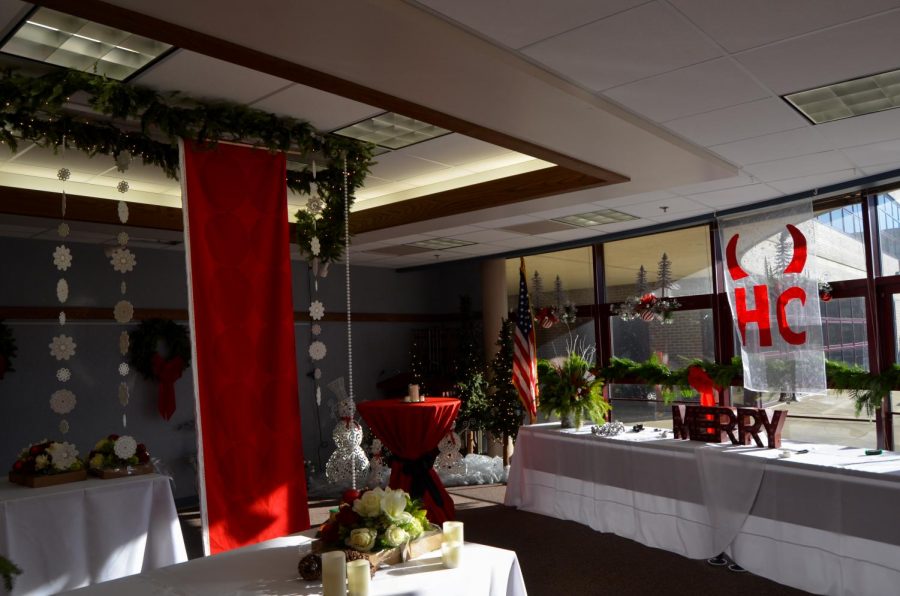 The Community Room was fully decorated with ornaments and wreaths, which are associated with Christmas. Throughout the school signs of that holiday can often be found, while other religious celebrations are generally neglected.

As winter break approaches, I can’t help but notice how much more recognized Christian holidays are compared to those of other religions. Major holidays of different religions, like the Hindu holiday of Diwali and the Muslim holiday of Eid, should be recognized by the school by giving them the day off.

Winter break is nearly synonymous with “Christmas break” or “the holidays”, although both terms often refer just to the one, which, not surprisingly, 92 percent of the entire American population celebrates. So it’s reasonable that Christmas be recognized as a major holiday by schools because of how many Americans celebrate it, whether it be religiously or simply for fun. But even other Christian holidays, like Good Friday and Easter, also conveniently fall during spring break or, if not, students are often given that Friday off.

America is known for its sizeable diversity, and this should be celebrated and respected by recognizing other religious holidays along with Christian ones. It’s true that students do not get penalized for missing school to observe a religious holiday, but missing school still hurts the student, and it isn’t comparable to the luxury of having the school day off.

There have been countless times where I needed to come to school rather than take the day off for Eid. Just this year, I came to school for the first two periods on Eid so that I would be eligible for the curve on my physics test.

“I myself am a Hindu. I’d like to consider myself a knowledgeable and devote Hindu, yet around Diwali I feel disjointed from my faith,” said Anshul Sankaran, junior. “The last two years I’ve had to skip puja for cross country practice, and I’ve had to miss out on fireworks and other festivities just so I have time to finish that week’s history project or study for a chemistry test the next day. I’ve felt out of touch and often disconnected from my culture, as I’m unable to properly relish arguably the most important day of the year for me. It’s unfair to deprive hardworking students, such as myself, the right to enjoy and honor our culture.”

I, like many other students, can relate to Sankaran because being in high school makes it much harder to miss school. Every day counts. It isn’t fair that some don’t have to make a choice between attending school or a religious celebration, while others are forced to.

The state, and the schools, should recognize the value of all religious celebrations and accommodate for them the same way they do for Christian holidays, especially when a good fraction of the population celebrates them.