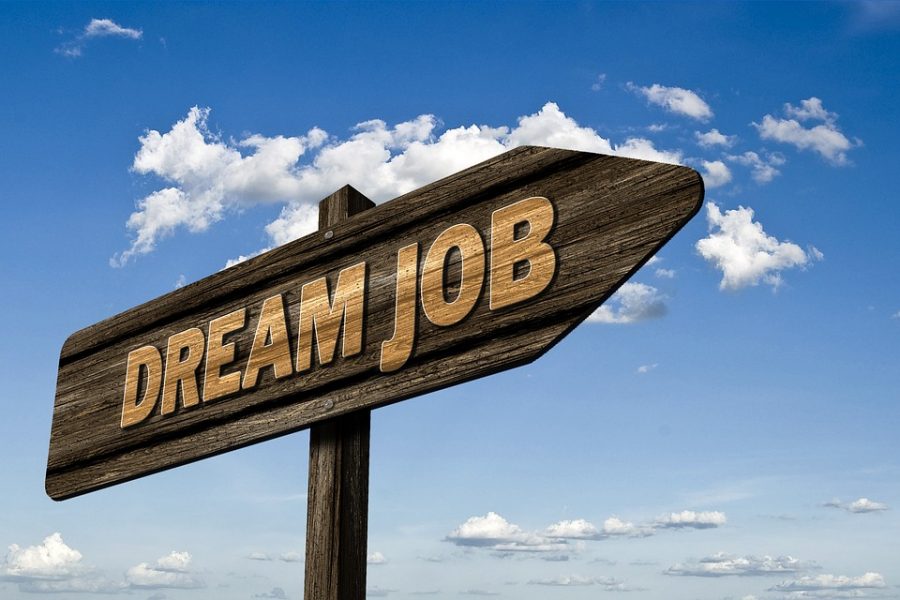 How dream jobs differ from the future
An occupation determines how well a person may live in the future, and how their job can change throughout their lives.  Usually, a younger demographic dreams to have more unrealistic goals such as being a ballerina, a pop star, or even a cat rather than jobs which require several years of college.

Children love to have people who they look up to, but their dreams most likely won’t help them too much in their future.  As children grow up, they develop a sense of reality where they begin to understand the concept of financial issues, work ethics, and politics.  Soon, a majority of pre-teens aspire to be doctors, politicians, and writers. The drastic change of heart shows the depth of how the world views a person.

Gabrielle Chang, sophomore, wanted to be a cheerleader.  At age five, Chang thought being a cheerleader would be fun and exciting, until she turned seven.  At age seven, Chang wanted to be a baker and own a small bakery. “I have always liked making food; it always connects people together,” Chang said.

Then as time went by, Chang was opened up to different possibilities in middle school when she discovered graphic design.  Chang thoroughly enjoyed graphic design and wanted to pursue it further until her father unfolded a graphic designer’s pay-check. She explained how she has moved on from dreams of living in Paris’ lavender fields to a new passion for computer science. “ I have different goals… but after discovering computer science, I am really passionate about it and want to pursue it further,” Chang said.

Although her dream job was pushed to the side, Chang still allowed herself to find something she loved.

Similar to Chang, Ms. Rebecca Esposito, math teacher, had a solid path in her mind.  At a young age, Ms. Esposito wanted to be a beautician and a teacher. As she got older, she started to realize one of these dreams would be more realistic for her. “I think it was just a thing when I was a kid.  I loved doing it, playing with hair, doing braids that type of thing.  We’re so young we don’t really know [what is realistic],” Ms. Esposito said.

Ms. Esposito’s passion for math pushed her to want to become a math teacher.  “I have always loved math and loved the challenge of math so I knew that was that and I wanted to be a teacher,” Ms. Esposito said.

As dreams change and mature, the experiences students encounter help shape these aspirations.

“I went to a lot of aquariums as a kid and loved that stuff and wanted to be with those animals,” said Samuel Robinson, sophomore who originally wanted to be a marine biologist. Now in high school, Robinson sees himself becoming a businessman.

One thing to keep in mind is that it is OK for dreams to change and become more realistic. With the SAT coming up next month and many juniors and seniors deciding on college, it’s not the end of the world if you cannot answer, “So, what are you going to study? What do you want to be?”