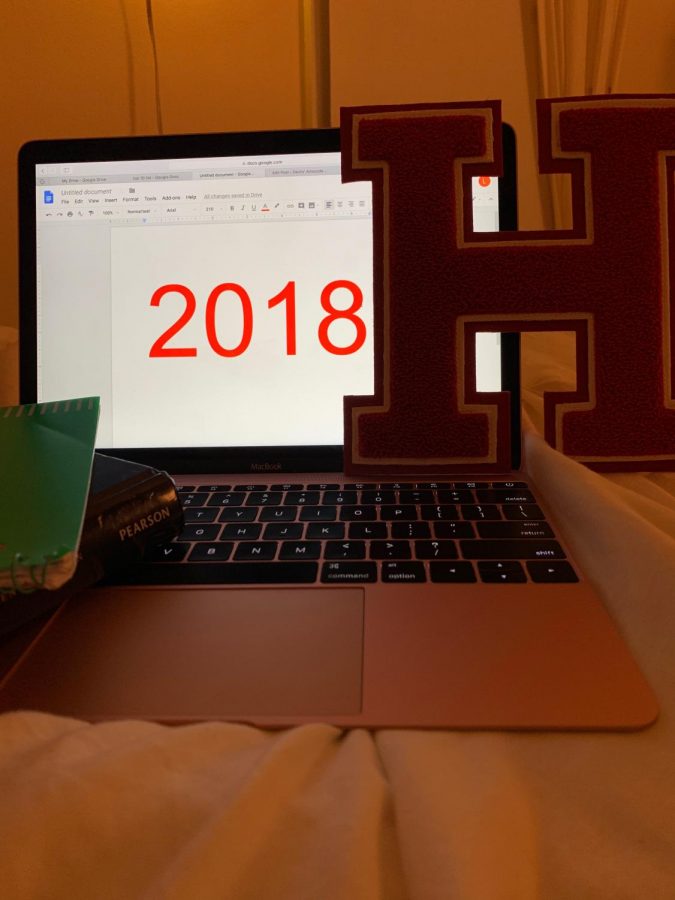 We made a list of a variety of things that were trending in the year of 2018.

2018 was a year filled with ups and downs from controversies to empowering movements. The year came and went with many trends and new ideas that will lead into 2019. To commemorate the year, various Top 10 lists have been compiled to sum up the year.

“To call someone a clown, or to be a clown, is not simply an insult, but an achievement,” said Will Kallas, who credits himself for starting this trend.

7. “Lush”: part of speech: verb or adjective. To relax, to chill or a chill or lazy person.

Uber: it’s a ride-sharing app for fast, reliable rides in minutes in the day or the night. For Uber you just tap to request a ride, it’s easy to pay with credit card. Just open the app and tell the phone where you are headed.
Instagram: allows users to edit and upload photos and short videos through a mobile app. Users can add captions, use hashtags, and add geo locations to their posts. The app allows users to live and comment on other peoples posts.
Airbnb: an online community marketplace that connects people who are looking for accommodations.
Netflix: a streaming app that requires a monthly fee. Which allows you to watch tv and movies from anywhere on the app.
Amazon: this service enables you to shop from almost any mobile device. Allows you to purchase anything on the sight and rent Amazon videos.
Youtube: an app that allows you to make an account to post videos to or watch videos from other content creators. With videos ranging from simple tutorials, music, comedy, to educational, there is a lot to see.
Dropbox: a personal cloud storage service that is frequently used for file sharing and collaboration.
Spotify:  a free music streaming app that allows you to create your own playlists, follow artists, and discover new songs based on what you frequently listen to.

“I don’t have music playing, whether that’s in the halls, on my way to school, or chilling at home music is always on, that’s why I love Spotify,” said Ashley Fodor, senior.

9. Seamless, an online food ordering service that allows users to order food for delivery and takeout from restaurants through their website.

10. Pocket, intended for managing a reading list of articles from the Internet.

“Game of Throne” falls under the fantasy-drama category . It’s set Westeros and contains multiple houses battling for the power of the land. “I like it because it has a lot of interesting storylines going on at once,” said Kevin Hopkins, senior.
“Stranger Things” is set in 1983 Indiana, where a young boy vanishes from a small town, his family is trying to figure out how he went missing. At the same time, a girl named Eleven appears at the scene and seems to have some insight on where the boy has gone.
“The Walking Dead”  is a show that follows the months and years after a zombie apocalypse. The show follows a group of survivors who are traveling in search of a safe and secure home.
“Vikings” is a show set in the world of Ragnar. Lothbrok, a Viking warrior and farmer who yearns to explore and raid the distant shores across the ocean.
“The Big Bang Theory” is centered on physicists Sheldon Cooper and Leonard Hofstadter, whose geeky and introverted lives are changed when Penny, an attractive waitress, an aspiring actress, moves in next door.
“Grey’s Anatomy” is a medical drama about a group of surgeons working in Seattle. The shows main focus is on a character named Meredith Grey and her life at a resident hospital.
“Lucifer” is about a man named Lucifer who has decided he’s had enough of being the dutiful servant in Hell and decides to better understand humanity.
“The Flash” is a superhero show in which the main character helps fight crime and projects Central City.
“Arrow” follows spoiled billionaire Oliver Queen is missing and presumed dead when his yacht is lost at sea. Five years later he returns a changed man armed with a bow and arrow,  determined to clean up his city.
“Prison Break” is a show that follows the main character as he pursues his mission to break his brother out of prison because he is convinced his brother is innocent.

People Like Us by Dana Mele
The Beauty That Remains by Ashley Woodfolk
Americanized: Rebel Without a Green Card by Sara Saedi
The Belles by Dhonielle Clayton
Darius the Great Is Not Okay by Adib Khorram
Seafire by Natalie C. Parker
Layover by Amy Anderson and Emily Meyer
Down and Across by Arvin Ahmadi
Bridge of Clay by Markus Zusak
Orphan Monster Sister by Matt Killeen

Top 10 Songs of the Year

“Nice for What” By Drake
“Sicko Mode” By Travis Scott
“Thank U, Next” By Ariana Grande
“In My Feelings” By Drake
“Mo Bamba” By Sheck Wes
“Drip too Hard” By Lil Baby and Gunna
“Reborn” By Kid Cudi and Kanye West
“I Like It” By Cardi B
“The Middle” By Maren Morris
“Psycho” By Post Malone