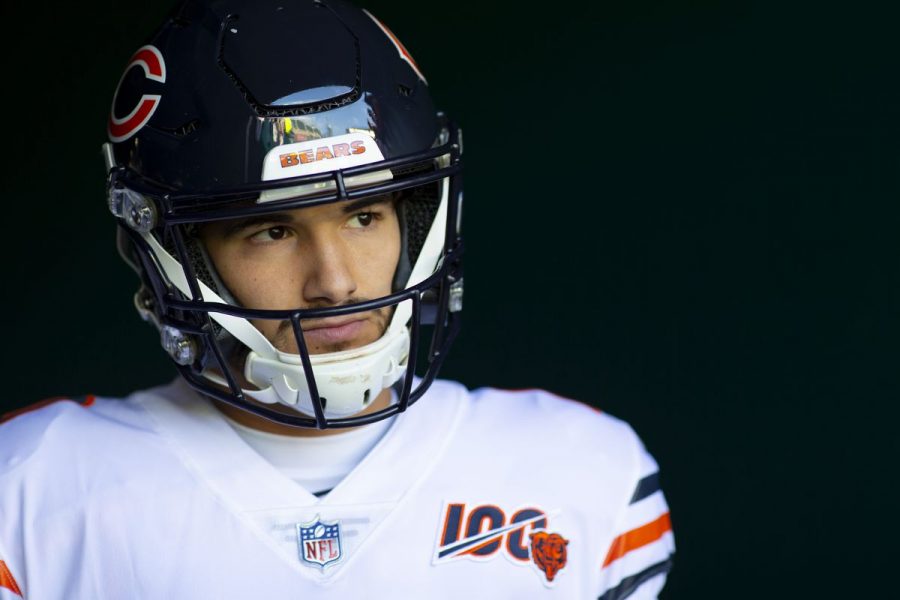 After a disappointing start, it's time for the Bears to bench Mitch Trubisky.

After another rough loss and poor offensive showcase, it’s about time for Chicago to move on from third year QB Mitchell Trubisky

It’s seven weeks into the 2019 NFL season, and the Bears are now sitting at 3-3 after back to back losses, and come in at third in one of the best divisions in the league. But with every passing week, it seems more likely they will end up last in the NFC North.

After the 36-25 loss at home to New Orleans, it seems more and more fans are turning their back on the 2017 number 2 overall pick Mitchell Trubisky. Trubiksy threw for 251 yards, a season high so far, but only completed 34 passes on 54 attempts. Trubisky’s 5.5 yards per attempt ranked 32nd among 33 qualified passers entering Week 7, and that mark is now 5.2 after he compiled just 251 yards on 54 attempts against the Saints according to bleacher report.

And being the former number 2 overall pick, there is a lot more expected for him compared to what he has shown so far. Especially considering that just a few picks later in the same draft went QB Deshaun Watson, a great 2019 MVP candidate through 7 weeks, and just a few after Watson went QB Patrick Mahomes, the reigning 2018 MVP.

So far throughout the 2019 season Trubisky has a career low yards per attempt, yards per completion, and has only a 36 yard pass remain his longest of the year.

The criticism for Trubisky isn’t just in Chicago as analysts across the country, including popular sports writer and broadcaster Rich Eisen, are vocal about their thoughts on the young QB.

“It’s not an official stat, but it seems that Trubisky leads the league in ‘you’ve gotta make that throw’ incompletions,” said Eisen

The third year pro has really seemed to digress from his second to third year in the league with his completion and rushing numbers extremely low, at 24 rushing yards on the season with an abysmal 4.2 yards rushing per game through 7 weeks, compared to his 2018 total of 30.1 rushing yards a game.

Former hall of fame wide receiver and current NFL analyst Cris Carter weighed in on the current situation in Chicago and believes that, due to Trubiksy’s inconsistency, Coach Matt Nagy is unable to run as strong of an offense as he would have hoped, or even an offense in the top half of the league.

“Trubisky has me nervous . . . I can tell how much confidence the coach has in the quarterback based on when do they throw, where do they throw, and how often they throw,” Carter said in an NBC Sports Chicago article.

The “hype” for Trubisky at the start of the season is really something that would seem peculiar now, adding on the fact that before week 1, Mitch was at 75/1 odds to win the NFL MVP award. Such odds, while clearly not very favorable but are at least something, seem wildly insane seeing how he’s played so far, where he mostly likely doesn’t even crack the top 100 in MVP odds

It’s hard to say that in Trubisky’s two previous years in the league that he’s been a great quarterback — he has been above average at best with some flashes of great play — but seeing how the Bear’s offensive struggles have been so great over these past 7 weeks, it clear that there is definitely some regression.

With a massive game coming up for the Bears against the Chargers if Trubisky is unable to perform well against one of the worst defenses in the NFL, Bears fans will get even more fed up than they already are and this could be the last straw of the Trubisky era in Chicago.