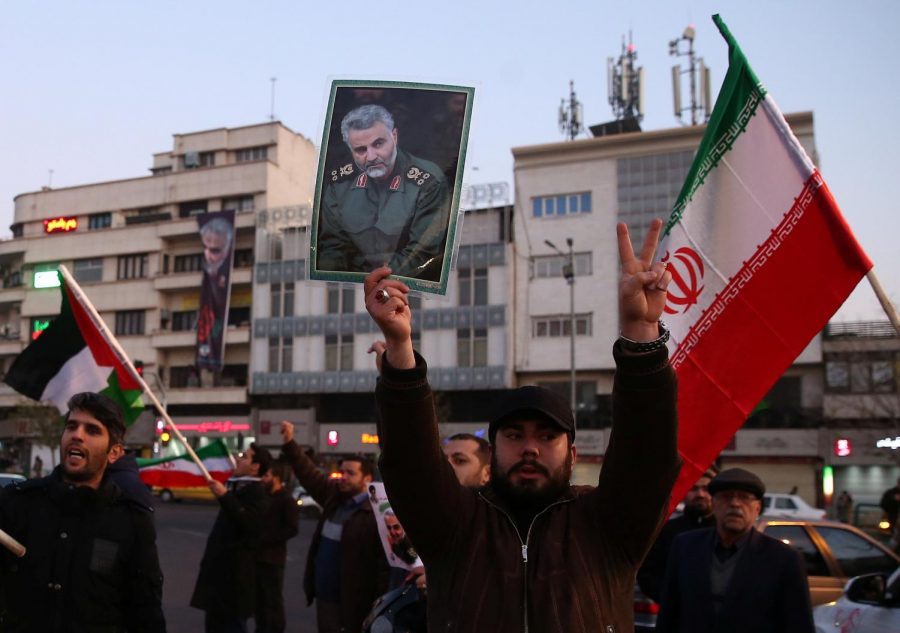 Courtsy of The Brookings Institution

2020 is off to quite the start, to say the least. At first, we were all excited for the new decade, until on Jan. 3 President Donald Trump launched a missile strike that killed Iranian General Qasem Soleimani in Baghdad, Iraq.

Now, as World War III (WWIII) memes have become popular and Iran incident has become a popular conversation across all social media platforms, the Internet is overrun with rumors that this political assassination will spark WWIII.

I enjoy the memes and jokes regarding WWIII, however, I don’t foresee an actual third world war arising due to Soleimani’s assassination. It is a far cry to say that America’s relationship with Iran was amicable before this incident; our relations with Iran will continue to be hostile, attacks from both sides will continue, but most likely no war will occur.

“At most, proxy wars will occur,” Parkins said. “Iran also knows that the U.S. is far more militaristically advanced, so they do not wish to go against the U.S.”

“I think after WWI people didn’t think WWII was plausible, so I would never say never,” Otahal said. “But I think there are a lot of mutual international interests working against WWIII, and I would hope that those interests would prevent WWIII from becoming a reality.”

I do not support the majority of the decisions made by the Trump Administration, however, the killing of Soleimani was justified and legal.

Soleimani was the leader of the Quds Force, a designated terrorist organization by the State Department. His forces have been attacking Americans in the Middle East for months, which culminated in a recent rocket strike that killed an American followed by an attempt to storm the United States embassy in Baghdad. There was evidence that he was planning subsequent attacks on American troops, which could have been deadlier than the previous assaults. He was killed on an unsanctioned trip to Iraq where he was meeting with the terrorist responsible for the bombing of the American embassy in Kuwait in 1983.

Although he can’t declare war, the president of the United States is obligated under the Constitution and the War Powers Act of 1973 to defend American citizens against foreign threats. The Obama administration used the same justification when they ordered drone strikes in the Middle East.

On social media, although there is a fair share of people serious about the prospect of WWIII, there is also a fair share posting jokes about the issue. WWIII memes have easily become the most popular meme of the decade across all platforms. However, the rise of these jokes has received some backlash, with people claiming that it is offensive to those who have been affected by war.

“I think WWIII memes are just jokes,” said Jeffrey Liu, freshman. “Nothing explicitly offensive is said and memes form about every event.”

I also do not find these jokes to be offensive. There is a fine line between joking and being insensitive, but I don’t think WWIII memes have crossed that line. It is understood that people suffer because of war, and the jokes and memes are not generated to disregard the experiences of the victims but rather to bring some light into a dark subject. There is a lot of cruelty and barbarity in the world, and it is healthy to be able to find the humor in situations. No memes were created with the intent of disregarding the victims of war.

“Although I’m all for a good meme, I think that the memes are offensive,” Parkins said. “It’s making a joke out of the Iranian and American lives that are being lost. It’s also ignoring the harsh realities of war, and desensitizing people from the tragedies.”

Although I don’t believe WWIII is beginning, tensions have escalated since Soleimani’s death. Iran vowed for “harsh revenge” and launched two subsequent drone attacks in Iraq on bases that house U.S. troops. However, no one was killed. This gives a clear indication that although Iran wants to follow through on its promise for “harsh revenge”, they are avoiding deadly retaliation that would lead to war. Trump responded with tighter economic sanctions.

Any other immediate plans for retaliation by Iran have been sidelined by the ballistic missile strike on a Ukranian plane that killed all of the 176 passengers and crew on board on Jan. 8. According to Iran, it was a “disastrous mistake” caused by “human error.” In addition to Iranians, the victims of Flight PS792 included Ukrainians, Canadians, Germans, Brits, Afghans, and Swedes.

“It’s been interesting to see the fallout in Iran,” Otahal said. “Last week there were really strong anti-American protests after the drone strike and now in the last couple of days, there’s been some anti-government protests which you don’t see frequently. I think it will be interesting to see what kind of pressure this puts on the Iranian government.”

If Iran had any more retribution planned, it will have to wait until the international outcry regarding the missile strike subsides.

The beginning of 2020 has no doubt increased the tension between the United States and the Middle East, and it will be interesting to see what the next few weeks bring.