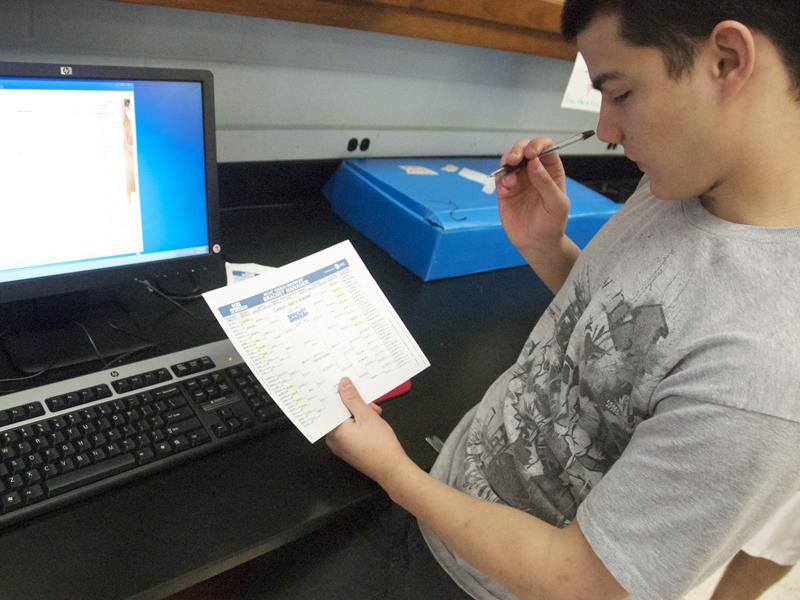 With only 16 teams left in the 2012 NCAA Men’s Basketball Tournament, March Madness is in full swing. This year’s tournament has seen an unprecedented number of upsets, including the defeat of two number two seeds in the first round, Duke, and Missouri. These games marked the fifth and sixth occasions that a 15 seed had defeated a number two seed.

Central students have entered the fray of March Madness by filling out their brackets, each hoping to get a leg up on the competition by picking the right upsets.

Senior Drew Zickert has kept his bracket alive despite a chaotic first two rounds. “I only lost one final four team and I still have my championship teams. I was also able to pick a few upsets correctly including VCU and Ohio to advance to the Sweet 16,” Zickert said.

As much as a major upset can destroy a bracket, those games are often the most enjoyable to watch. “You really want to root for the underdog when they are playing these big-name schools and it’s rare that they win, although you have the higher seed moving on to the next round in your bracket. It’s really cool to see the excitement on those kids’ faces when they beat Duke or Missouri,” Zickert said.

And who is in position to take home the championship trophy? If this tournament has taught us anything, it is that no one is invincible and anything can happen on any given day. Zickert’s bracket may hinge on the success of the University of Kentucky, a strong contender for the national title. The University of North Carolina’s chances took a serious dip in the second round when Tar Heels star Kendall Marshall broke his wrist, requiring surgery earlier this week. His status for the rest of the tournament is unknown yet unlikely.