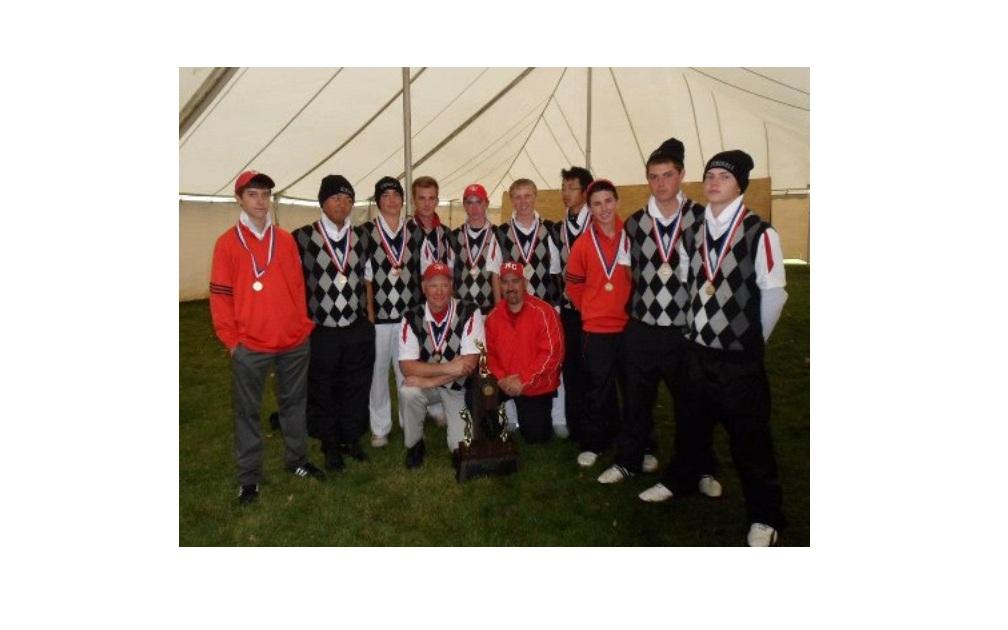 The boys golf team came in first in the IHSA state tournament this weekend for this first time since 1961. The final score was 306, just under Naperville North’s 308. Additionally, sophomore Brian Dolehide (74) and senior David Whinery (75) came in the top 10.

While the team was not expected to win, they didn’t underestimate themselves.

“The goal was to win [state] even though we were definitely not the favorites. We all knew our team had what it took, the boys just had to execute it,” said Alex Pines, junior.

Preparation for the tournament started months in advance for the team members, who must be up to par by the beginning of the season, with the goal being to make it to state.

“Most of the preparation comes individually over the summer,” Pines said. “When the season comes around, coach Krueger expects you to be ready.”

“We didn’t care what happened all year as long as we made it to state. Once we got there, we knew we could prove that we had reason to be there,” said Tom Olson, junior.

The team acknowledges the high caliber of competition at state and is proud of the payoff of their efforts.

“It was a very competitive tournament compared to other years; there were a lot of great players at State this year. It was a grind, but we deserved this win,” said Jeff Yoo, junior.

“There is just a certain feeling of prestige in [winning]. Knowing you made it that far and that you are playing against the best that the estate has to offer puts everything on a larger scale,” Olson said. “The course and conditions are tougher than anything we play all year.”

Besides the excitement over winning state, the boys also enjoyed the opportunity to bond as a team.

“The best parts are being able to spend time with teammates in the hotel and at team dinners. It brings everyone closer together, and we have a lot of fun and memories. It is also a type of atmosphere unlike any other,” Olson said.

The girls golf team, which competed and came in fourth place, is proud of the guys team.

“They are all such good players, and definitely deserved the win,” said Zoe Wong, junior.