The road to varsity 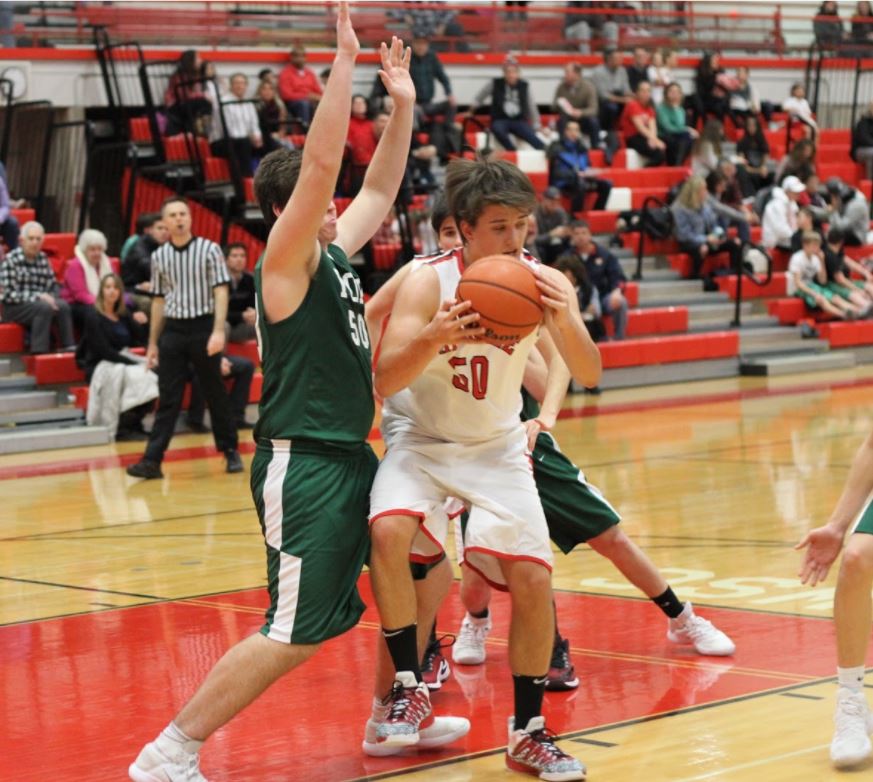 Sophomore Phillip Borhani guards against York in a tight game.

As the winter season draws to a close, the sophomore basketball team has prepared itself to become varsity hopefuls.

“[The most important part of preparing for varsity] is understanding how hard they need to practice all the time in order to be successful,” said Coach Ed Lynch, the sophomore basketball coach.

The competitive nature of varsity is present both during the games and between teammates, as they are all jostling for starting positions and playing time.

“[Coach] judges who the top five players are based on skill and build, and then the rest of the people [who] play are normally the next couple guys who practiced significantly well that week,” said Charlie Williams, sophomore.

For many of the players, court time is rare, but that does little to slow their motivation. Every practice and every drill is a chance to prove themselves and earn a spot in that week’s game. The practices are tough and push the players to their limits.

“A normal practice would start with ball handling drills and half court shooting.  After that, it depends on the schedule and day of the week. Typically, we have a defensive focus two days before a game.  This includes rebounding drills, communication, on-ball/help side defense, etc. Other days it’s just a combination of drills such as four spot layups, six man shooting, three on two continuous, and more,” said Phillip Borhani, sophomore on the team.

The intense nature of the practices and games brings the players closer together in their common fight for success. When the team wins or loses they feel it as a team, rather than independently.

The players feel the same way. “We all have a great time with one another and it definitely translates into our play,” Borhani said.

The comradery felt by the players is a crucial element to the team’s success.

Looking ahead, the players are optimistic for future success as juniors and seniors, hoping to play on the varsity team.

“I’m most excited for my chance to play in front hundreds of people with some new teammates.  While it’s not guaranteed that I get some playing time or that I even see the floor, I will put forth my best effort this off-season and the next two years so that I give myself the chance to make this come true,” Borhani said.

As for the off-season, players plan to do their best to stay in shape and ready for varsity tryouts in the fall of 2018.