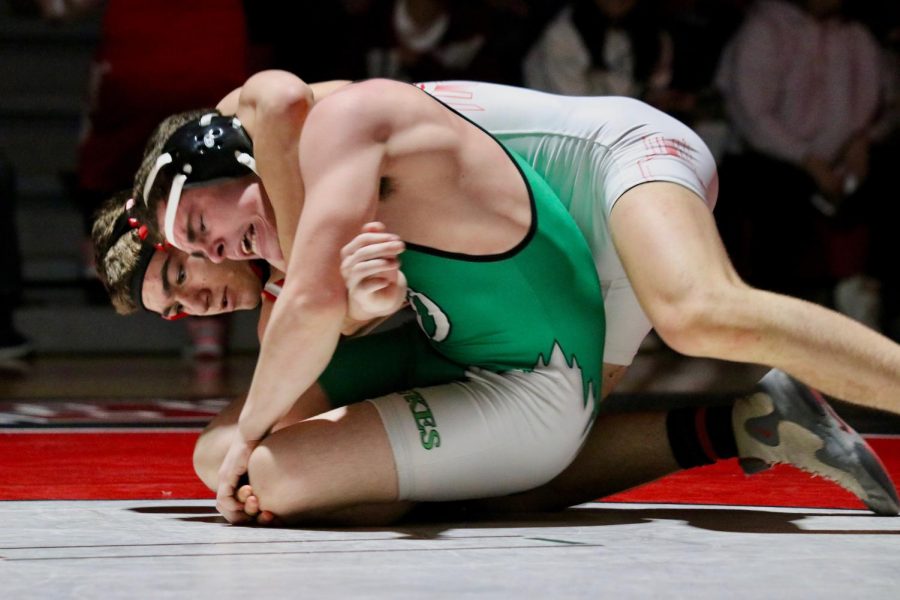 The Red Devils dominated the York Dukes as the central team celebrated its senior wrestlers.

Under the lights in the main gym one last time,  the Hinsdale Central boys wrestling team celebrated their senior night with a 49-21 win against their last West Suburban Conference rivalry matchup against the York Community High School Dukes on Friday, Jan. 18 at 7 p.m.

Athletic director Dan Jones, and varsity head coach Mr. Jason Hayes, announced each name of seniors Hunter Belvis, Jack McCarty, Kevin Li, Aj Nasharr, Alex Paglinawan, and Chase Rodriguez, stating each of their accomplishments, and their plans for the future, with some athletes participating in NCAA wrestling teams in the future.

As the season is coming to a close, the team is building back and prepared to come up stronger for the playoffs starting Saturday, Feb. 2.