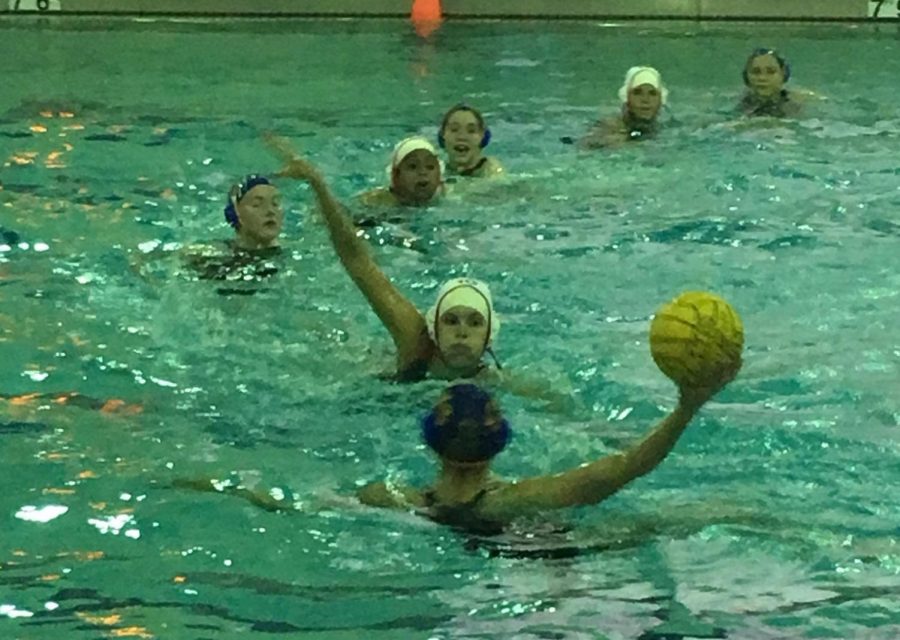 “I think as a team we did a great job not getting discouraged. It was a rough start back from break and we were missing our goalie,” said Lauren Hughes, junior. “But we stayed positive and kept pushing through to the end. Also, our ball handling has really improved over this season and it is something to be proud of.”

The season began in late winter, and the girls have been practicing every day to try and prepare themselves for Conference.

“Sometimes when we are in a tough game like LT, it’s important not to give up,” said Tara Tekkey, senior. “Even when we are losing by a certain amount, we continue to give the effort to score or use the skills we learned in practice. Our main goal for the season is working on getting open for the ball so that goalie can pass to us or reducing the number of ejections we get.”

The girls’ record this season is 5 wins and 6 loses. This team is also pretty senior heavy this year with 7 of the 15 girls being seniors.

“As a whole, we have many goals as a team. We would love to advance as far as we can through Conference and Sectionals,” said Katrina Geiersbach, sophomore. “Mastering our 6-5 play is also a big goal of ours, overall we’ve had a great season so far.”

Keeping those things in mind, the next girl’s water polo game is away at Glenbrook South High School on Saturday,  April 6.