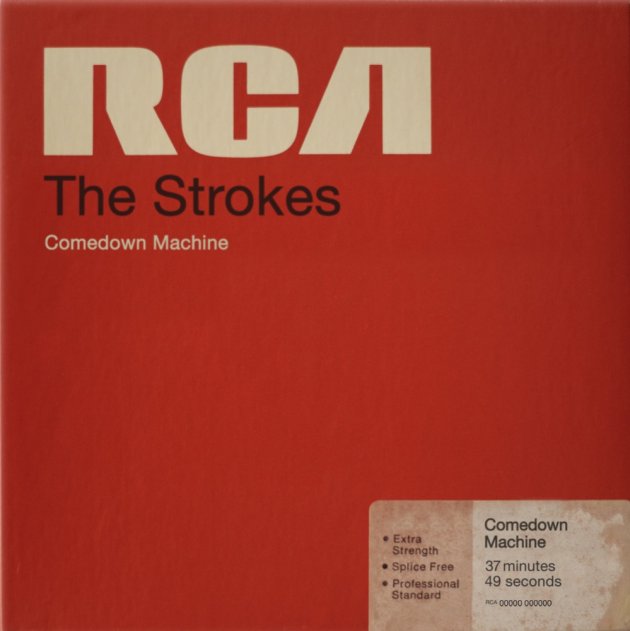 On their fifth full length album, “Comedown Machine,” The Strokes search for a new sound that doesn’t match up to their older material, but still manages to show off their songwriting strength.

Despite the fact that their early material stuck to a rigid, but original post-punk sound, The Strokes here go for a variety of styles. “Welcome to Japan” has a funk like groove with guitars that almost sound like they’re from a disco track. The band experiments even further with songs like “One Way Trigger,” which manages to mesh a synthesizer, an acoustic guitar and an odd rhythm very well. The hooks, as always, are effective, and the production is decent with some great guitar tones.

While the songwriting still remains as a good strong point for The Strokes in terms of each individual track, as a whole Comedown Machine comes off as scatterbrained. A track such as “50 50,” which feature a lot of sonic experimentation in both the guitar sounds and song structure, is heavily juxtaposed to other tracks like “Chances,” which go for a straight-forward punk approach. Again, each track on its own comes off fairly well, but it’s sad to see The Strokes struggle with this, especially considering that the band’s older post-punk approach was well known for its definitive and original sound.

And that’s what seems to be the main issue with Comedown Machine. It just doesn’t feel too much like a classic Strokes album. Even though the sonic experimentation works, it doesn’t feel like a natural progression from their earlier sound on records like Is this it. Things like Julian Casablancas’ distinctively harsh and loose vocal style, something synonymous and well used by the band,  is traded for a more falsetto approach that feels less emotive and strong as previous albums.

Ironically, the best track on the album is “All the Time,” the only homage to The Strokes’ former post-punk sound. While the album may meet a new mark for The Strokes’ sound, that mark just doesn’t quite stand up to their past records.