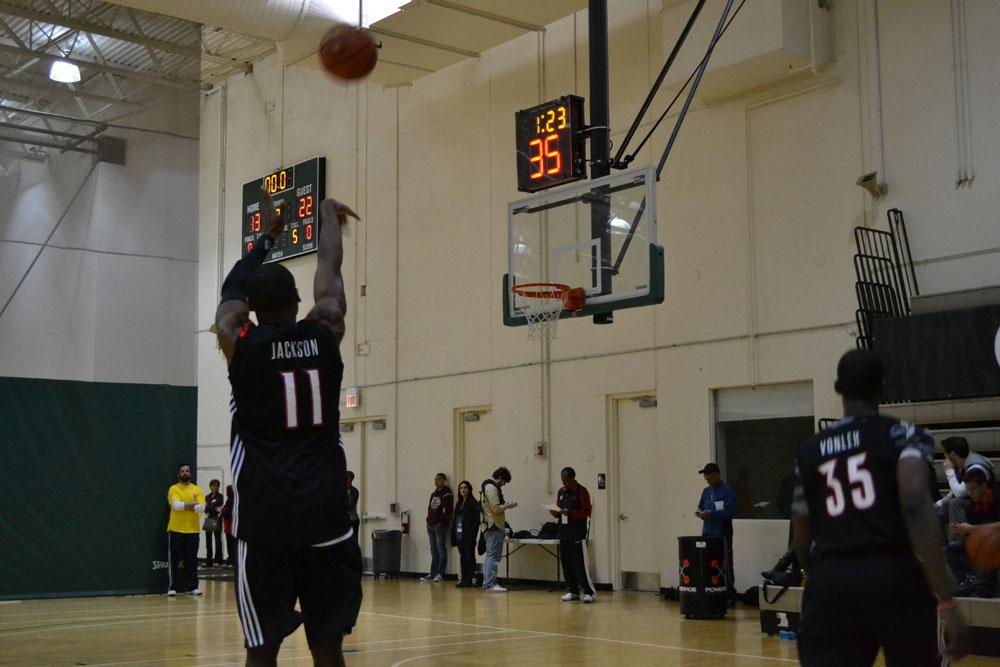 The lights dimmed, and the smoke started. After the announcement of future Duke Blue Devil and hometown hero Jabari Parker, the United Center crowd erupted with whistles and whoops. The deafening cheers drowned out the next starter but no one was concerned. Their eyes were all on the Simeon superstar, standing on the biggest stage in high school basketball.

Chicago hosted this year’s McDonald’s All American Game on Apr. 3, featuring the best men’s and women’s high school basketball players from around the country.

Chicagoans can witness more of this in the future since McDonald’s signed a deal to keep the All American Game in the Windy City through 2015 and an option to extend through 2016.

The All American Game has featured some of the very best NBA players of all time, including Magic Johnson, Michael Jordan, Carmelo Anthony, Lebron James, Derrick Rose and more. This is the highest honor for a high school player, and according to their advertisements, “A basketball rite of passage”.

“Just being able to be out here with the best players now and also be on the list with some of the greatest players of all time, it’s very surreal,” said Demetrius Jackson, East Team guard and Notre Dame commit.

Players received enormous amounts of well earned publicity, something they will encounter a lot more next year at college. In the pregame tunnel, the ecstatic crowd bombarded the players with autograph requests. None more than Jabari Parker.

The game itself featured highflying alley-oops, and acrobatic dunks, including a few from game MVP and Arizona commit Aaron Gordan that received “ooos” and “ahhhs” from the crowd. Gordan overcame nine points from fellow Arizona commit and East forward Rondae Hollis Jefferson to led the West team to 110-99 victory.

A few days before the game was the Powerade Jam Fest hosted by the University of Chicago. This included the Dunk Contest, 3 Point Competition, and Skills Challenge. Chris Walker, Florida commit, beat out Andrew Wiggins and Jabari Parker to take home the Jam Fest trophy.

“Me being younger, well I always had dreams of coming here but never thought I was going to get the opportunity…Just to be here is a blessing,” Walker said.