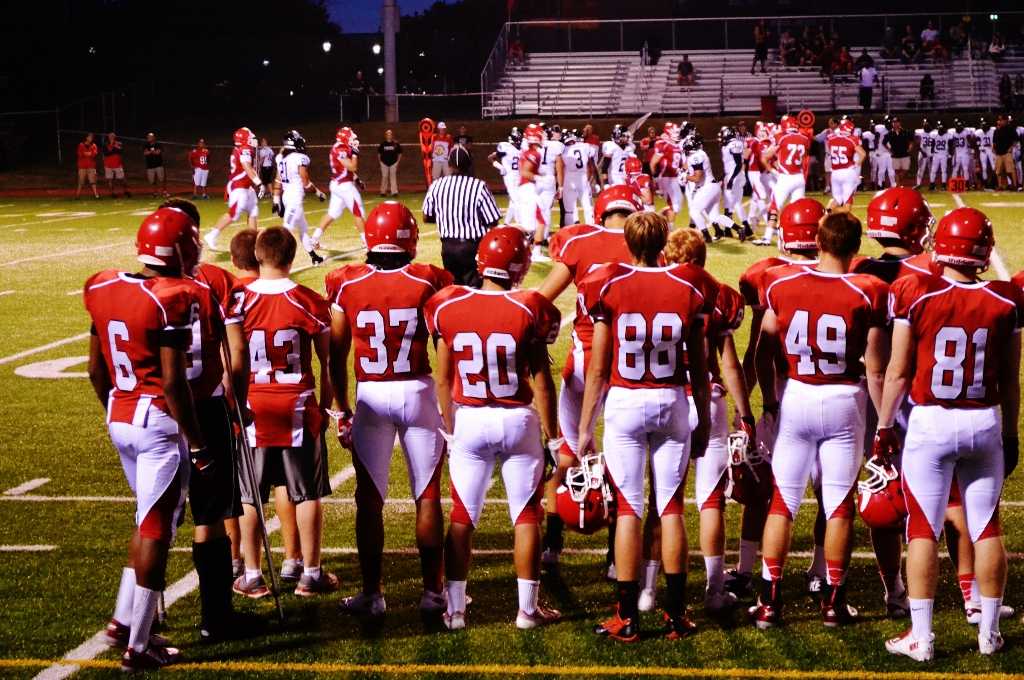 The Bolingbrook Raiders defeated the Hinsdale Central varsity football team 17-6 on Saturday night at Dickinson Field. This is the fifth season opening game the Devils have lost within the past seven years.

The game was originally scheduled for Friday, but it was postponed to due to weather. Students, players, and parents waited around for hours on Friday night for the weather to pass. The Central band also sat around waiting.

When the game finally started, 24 hours after initially scheduled, the Raiders took control. They relied heavily on the running game from the start. Tailback Jaden Huff burned the Devils using his speed and agility while also breaking tackles. The Devils’ running back Ben Stefani rushed 12 times for 61 yards while also snagging two catches for 34 yards.

Chase Hamilton, who started his first game at quarterback since his sophomore year, completed five of his 24 passes, including wide receiver Ian Bunting.

“It was great playing with Chase as our QB again, but we still have a lot of work to do as far as getting our timing down and just getting everything to click,” Bunting said.

“I think we need to bring more energy and come out ready to score and make stops from the first play of the game,” Bunting said.

Hinsdale Central’s next game is Friday, Sept. 6 against Addison Trail.