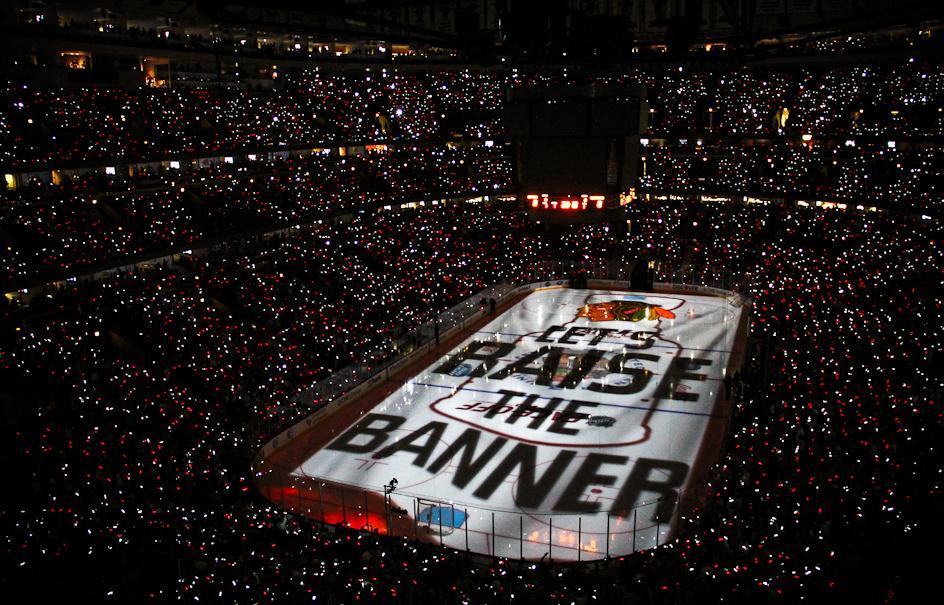 It was an emotional scene on Tuesday night as the Blackhawks raised the Stanley Cup banner in an ecstatic United Center. The spirits were just as high after the game when Chelsea Dagger rang through the UC concourse following the Hawks’ 6-4 win.

Oduya, the No. 3 star, had a phenomenal +4 on almost 19 minutes of ice time and netted a game winning goal on his 32nd birthday.

The No. 1 star of the game was Brandon Saad, who in addition to having one goal, collected two assists on the night.

The Hawks, thanks to four saves from goalie Corey Crawford, rallied to fend off a 5-3 late in the game to secure their victory. Crawford, on the night, saved 28 of the 32 (87.5 SV%) shots on net, continuing his stellar play from the 2013 Stanley Cup playoffs.

Chicago’s next matchup is on Saturday, Oct. 5 against the Tampa Bay Lightning.