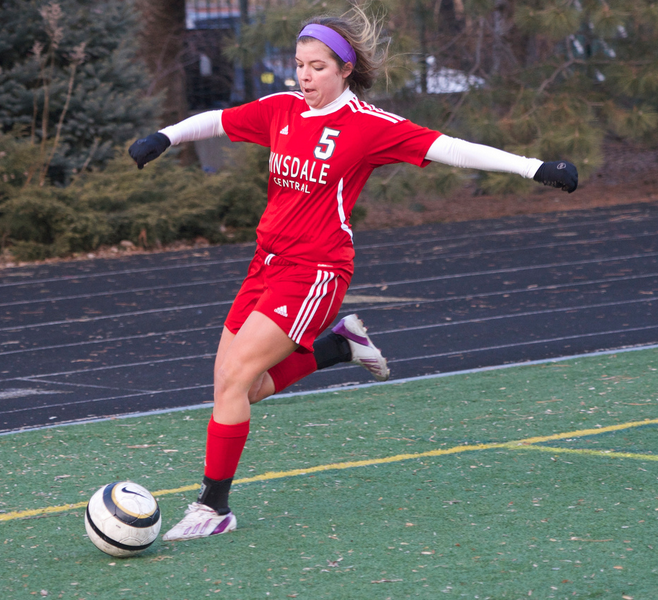 Naperville North was the team that Central lost to in the state final, last year. According to Alex Otto, senior, the team knew this was going to be a tough competition; however, the team stayed confident throughout the entire game.

Otto stated the history and atmosphere affected the way the game was played. Christa Kuhlman, senior, showed similar thoughts. “We almost treated it as if the game was the state final, and we all took the game very seriously,” Kuhlman said.

The game allowed the team to prove something not only to Naperville North, but to new players on the team. “To the returning players, this was a chance to prove our success last year, solidifying our title,” Otto said. “This win also helped the new varsity players get a sense of the competition we will see during this season.”

Throughout the game, the team maintained good communication and created opportunities to finish. “Defensively we held [Naperville North’s] forwards very well and our communication led to [scoring] being able to happen,” Kuhlman said.

For the winning point, Jenny Saviski, junior, took a corner kick, and Emily LaRocque, sophomore, shot it. The ball was deflected, but LaRoque shot it for a second time and scored the only goal of the game.

“No one wanted any result other than a win from this game,” Kuhlman said.