Girls switch up the norm and ask guys to prom 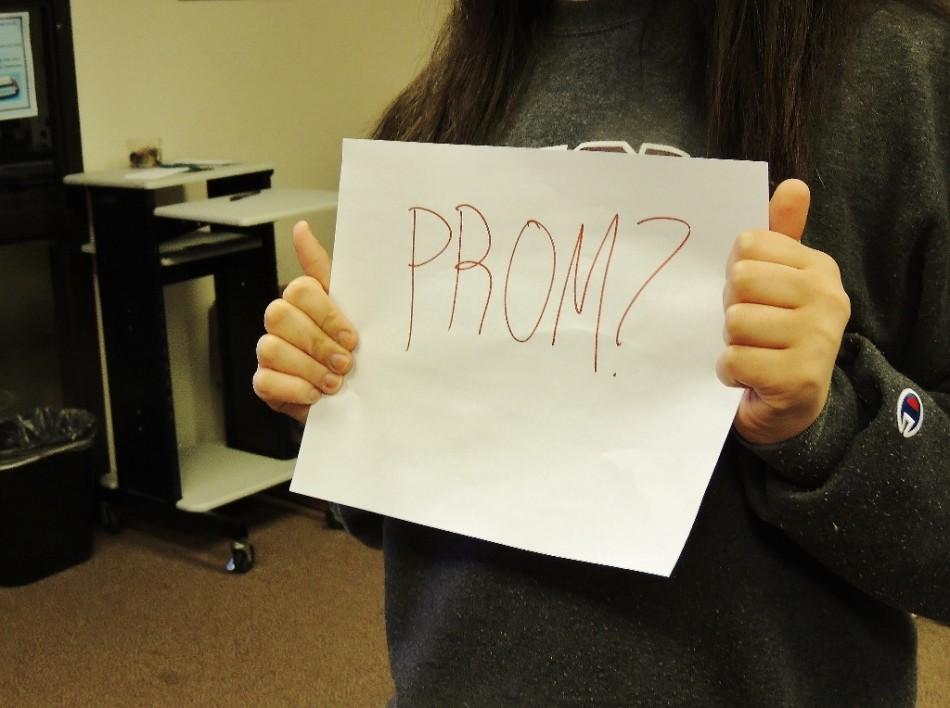 While many senior girls waited for their ‘prince-charming’ to ask them to prom, a few girls took matters into their own hands, by asking out a boy themselves.

“I decided to ask a boy this year mostly because prom is such a big deal to everyone around here—particularly girls—that if they don’t get dates, if they don’t get asked, they don’t go,” said senior Kathryn Cua about her experience asking a boy to prom.  Details about Cua’s experience can be read in her blog post. The boy she asked attends OPRF High School and is an Olympic speed skater.  Ultimately, he declined her request, but she still feels proud that she did it for the novelty of it and to break the stigma of girls asking guys to prom.

“I’m extremely pleased with myself for doing this because all the while I was making a fool of myself, I did it all because I wanted to encourage girls to ask guys out. I knew in order to communicate that effectively, I’d have to do it in a way that’s public and ridiculous.” Cua said.

Senior Maddie Roglich took this one step further. Not only did she ask a guy to prom, but in a video promposal, she asked professional basketball player Jimmy Butler to prom.

I, personally, am not going to prom, but as someone who has to watch her friends anxiously wait for boys to ask them to prom, I think it would be a stress-reliever for both sides if girls started to ask boys to prom as well.

“I think that just because it is a perceived social norm that the guy ask the girl to prom, girls shouldn’t be afraid to step up and ask a guy. Girls’ shouldn’t let their enjoyment at prom or any dance for that matter be based on if they’re getting asked by a guy.” Roglich said. “If a girl is set on having a date, take initiative. It won’t hurt. If it doesn’t work, going with a group of good friends is always a good time”

Neither Cua or Roglich regret their decision.

While prom groups, tables and dates have now been formed, I hope that in the future, more girls will follow the example of Cua and Roglich. You have nothing to lose with asking, and in the end, you’ll get a date you actually want to go with and a great time.