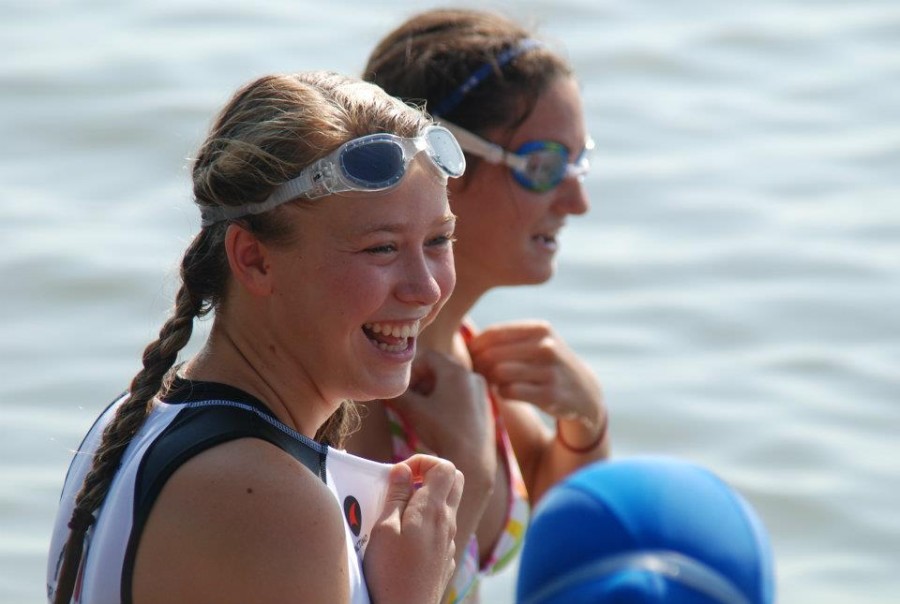 The two women head out the door of their Michigan home ready for a long run followed by some laps in the lake. They grumble at the thought of a hard training day but get through it together because they know that they are preparing for a triathlon.

One of these people is Maddy Shupe, junior, and a triathlete since age eight. The other person is her mother, her inspiration for starting and continuing triathlons and her training buddy. Shupe’s mother has done triathlons in the past, including two half Ironmans.

“In training for the Olympic triathlon, my mom and I found a schedule that we somewhat tried to follow. The schedule gave us a day-by-day workout that told us what sport combos to do and how long to do them for,” Shupe said.

A key to her success in her training and commitment is that she trains with a buddy, in this case, her mom. “I couldn’t imagine doing one without a buddy,” Shupe said.

She and her mom have gotten closer through training for the Olympic triathlons, “It was a really great way to bond over not wanting to do the workouts,” Shupe said.

Swimming is Shupe’s strongest area, probably because she did swim team for about five years when she was younger. She is consistently one of the first people (and always the first girl) out of the water. Ironically, swimming is her least favorite part of triathlons.

“My clothes never get dry after the swim,” Shupe said. The order (swim, bike, run) can be uncomfortable after getting wet and having to be in a swimsuit and is mimicked during training, but is it necessary to have swimming first to prevent drowning.

Shupe’s favorite part is the biking. “You are able to go the farthest and see the most,” Shupe said.

But the reason Shupe does triathlons is because they aren’t a one sport thing. Shupe said, “I like the variety and the diversity. When I train, I like that I get to do various activities.” Indeed she loves diversity, and in addition to being a triathlete, she does varsity lacrosse and recreational skiing and various water sports. She has done a few strictly running races, but finds them “boring and monotonous”.

Shupe’s first triathlon was one that her parents’ friend had started, and she participated in the kids’ division. Her whole family loves triathlons, and her parents tossed around the idea of starting their own triathlon at Paw Paw Lake, where their lake house resides. Eventually, they gathered support, and the idea grew into reality; the Shupes became cofounders of a triathlon.

Shupe said of the Paw Paw Lake Triathlon, “The first year, 2009, it was held at our house. The transition area (a place where you leave your bike and other gear) was in an open field behind our house. After the first year, it increased in popularity and is now hosted at the local yacht club .”

According to the triathlon’s website, there were 25 people that participated the first year. “The first year was extremely casual; it was really just friends and friends of friends,” said Shupe. Now, the triathlon is into its seventh year and has grown immensely to include things such as legitimate race numbers and a kids’ triathlon.

Shupe plans to continue triathlons for a long time and clearly loves them, encouraging others to try them out. “Most people are scared by the swim, which is usually done in a lake, but that comes with part of the fun. Triathlons are so much fun because they have so much diversity and something for everyone,” said Shupe.