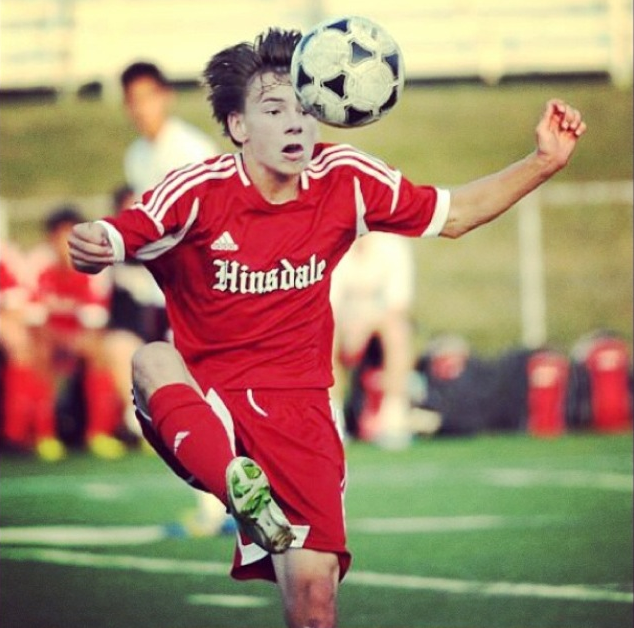 Loebig gets ready to pass the ball at the varsity soccer game.

The boys’ soccer team has only one expectation for this season: winning the State Championship.

In the 2013 season, the Red Devils accomplished an undefeated regular season, but were bested by Lyons Township in the state playoffs. Senior captain Evan Floersch and the rest of the varsity team still remember that loss and plan to use it as motivation for this year.

“Last year was last year,” said Bryan Loebig, junior. “We remember [the Lyons Township] loss and keep that in the back of our heads as we play this year.”

The Devils entered this season with a number one ranking in the Chicagoland area but suffered an early loss that brought their ranking back down.

“We aren’t concerned about rankings,” Loebig said. “Our team likes to focus our attention game by game and eliminate other distractions.”

Thus far, Central has contended for two tournament championships in the Red Devil Cup to start the season and in the Peoria championship last weekend. Despite being the runner up in both competitions, the team is optimistic about their contention in both the conference title and the State Championship.

“You look at the past Red Devil teams and all their records, all their accomplishments, and one thing is missing,” Floersch said. “A State Championship.”