Driving for the finish line: boys’ golf looks ahead to the remainder of the season 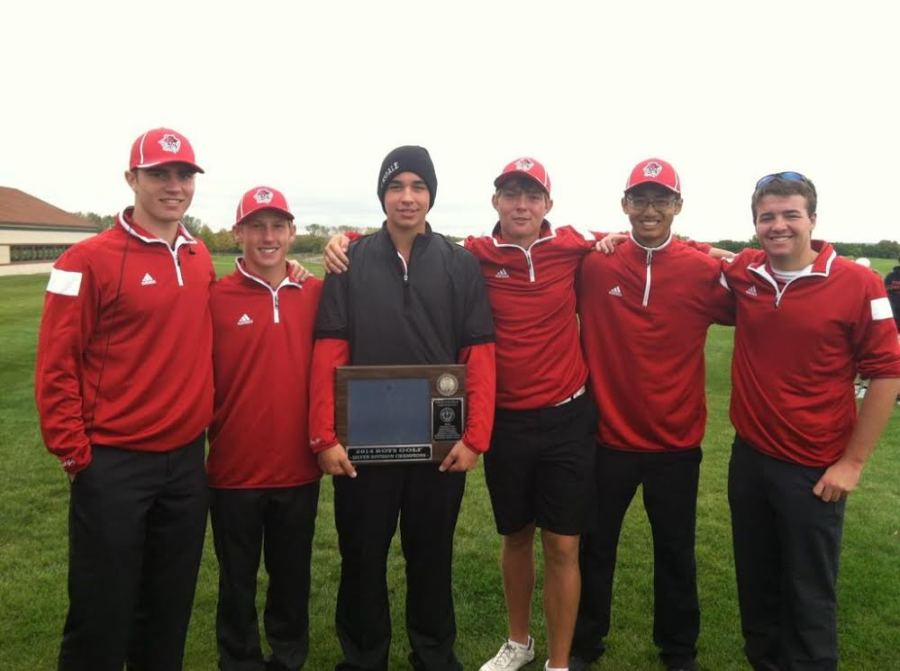 The boys’ varsity golf team has started the 2014 season with an undefeated record in matches against a number of the best teams in state.

Powered by a strong top four of senior Brian Dolehide, juniors Drew Shepherd and Kenneth Li, and sophomore Brendan O’Reilly, the team is off to a great start and is driving hard towards its third straight state title.

The team, which started its season in mid-August, has won in tournaments all across the state and is looking forward to regionals and then state.

“Our team has played really well this year, and we are just looking to continue that going into the second half of our season,” said Max Bartuch, junior.

Bartuch, a varsity golfer, is very excited for the rest of the year and can see big things in the future.

“We don’t want to make any big prediction because of superstition, but, based on how we are doing this year, I think that we do have the best team in the state and that we should be able to win state again for the third time in a row,” Bartuch said.

Jimmy Lee, junior, is of the same opinion and believes that this could be as big a year as last.

“We were able to win state the last two years and honestly, this team is just as good as the ones we have had in the past,” Lee said. “We’ve got some really good guys like Kenneth Li and Brendan O’Reilly who really are some of the best in the state. So when you ask if I think we will win state, the answer is yes.”

“There are some other really good teams in the state, like Providence Catholic and New Trier who can provide some good competition, but overall we are the best,” Bartuch said. “I mean, there really isn’t any team that can truly compete with our best players.”

Either way, this year looks like it could lead to another state title for Hinsdale Central’s golf team.

“I just can’t wait till we get to teepee the school,” Lee said.