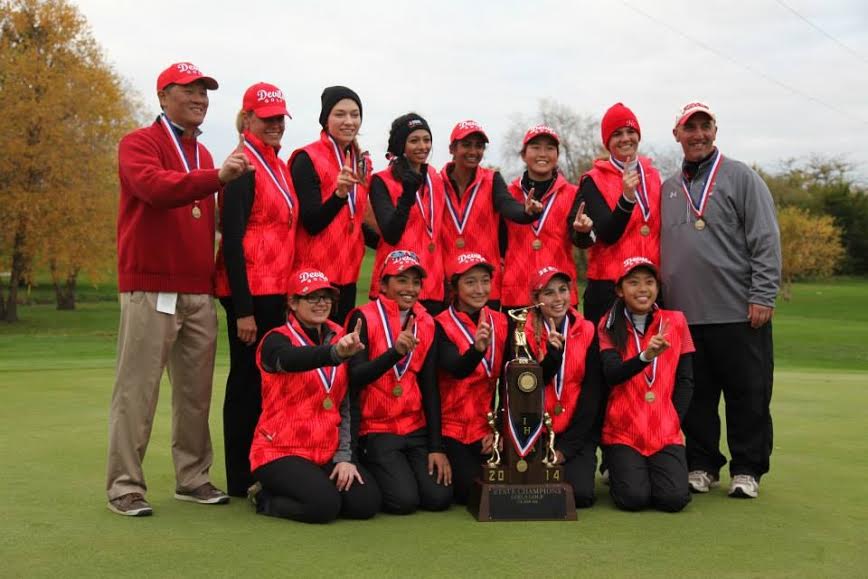 Two more varsity sports seasons have clinched victories at state, with both the girls’ and boys’ teams winning the championship. Both teams played well during the season and the championships.

Li won first place overall with great performances on both days of the tournament, and the team finished the season with only one loss in a match.

“The season was great,” Labedz said. “We only lost one time, and that was in regionals where we got second to LT, and next year we really expect nothing less than another championship.”

The girls’ team played just as well. Not only was the victory a capstone to an undefeated season, but it was also the team’s first ever state victory.

Freshman Roshannah Gaur placed eighth, while the rest of the team played well in a total team effort.

“Everyone on the team is really good, so if anyone has a bad day, someone else will step up,” said Jahanavi Gaur, junior. “I think that probably this is our biggest asset as a team and what has helped us win.”

“I knew the girls’ team had a really good chance to win,” Labedz said. “They were tied after the first day, and they went out on the second day, and really had a good day just like we did. And then they went out and won it, so it is really cool to see both teams do so well.”

Both teams succeeded, and hopefully Central’s golf teams can continue to do so in the future.