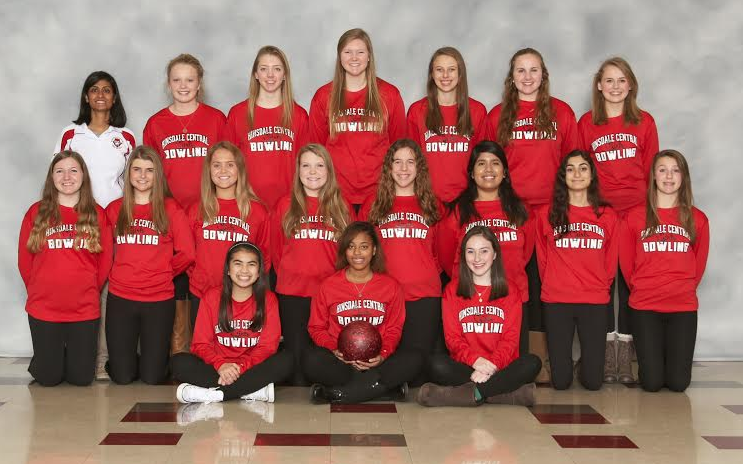 After the girls’ bowling season ended last week, the team celebrated their second place conference finish with a 6-2 record and a top four finish at the regional.

The team, coached by Ms. Sanskruti Patel, was led by seniors Morgan Gusmano, Veronica Cothard, and Kelly DeJong and incorporated a number of juniors and sophomores. Bowling has been growing in popularity, and the team achieved its best finish in years this year and had many opposing coaches congratulating the team on its improvement.

“Our team did a very good job this season, and we ended with a very strong record,” Gusmano said.

“We’ve never really been a bowling powerhouse,” Patel said. “But, the other coaches in the conference have been really impressed by how much the team has improved over the last few years.”

Overall, it was a great performance for a team that wasn’t expected to finish the season in the top two in conference. DeJong finished in the top third at State.