Red Devil hockey rides into playoffs, but loses to Loyola 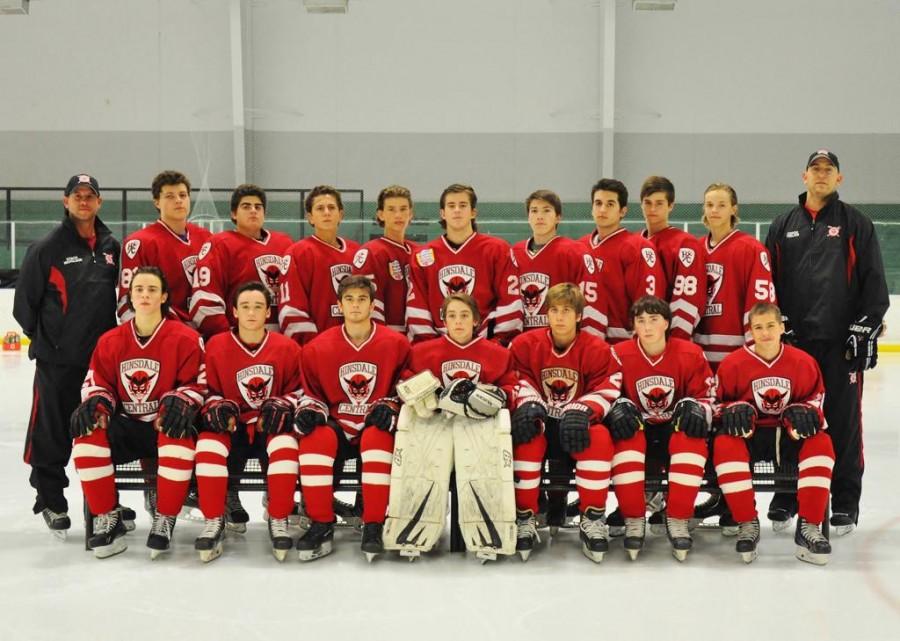 The 2014-2015 varsity hockey team. The team made it to the second round of the playoffs.

The Red Devil hockey team didn’t have the regular season they wanted to. The team finished the season 8-19, but finished strong leading into the playoffs where they faced Glenbard and Loyola Academy. Ultimately, the 28 seed Devils would match up against the number one seed in the state, Loyola Academy, losing 10-0.

“Coming off the last few games we had a lot of momentum,” said Crosby Becker, sophomore. “We had a big win over LT and we have been playing very well.”

After beating Lyons Township and Plainfield in the first round of the playoffs, the Devils did a round robin, which includes playing a few games with the best team moving on to the next round, to face off against Glenbard.

In playoff situations, the momentum the team has can be the difference between an early exit from the post season and the possibility of a deep run.

“Even though we didn’t play as well as we could have all year, the way we are playing now helps a ton,” said James Hagen, junior. “The momentum we are riding [had the ability to] take us far in the playoffs.”

Despite the possibility of advancing far, the competition wasn’t easy. The Devils knew it would be a tough match up with Loyola, but had hope because the playoffs mean that anyone has the opportunity to win.

“Nobody can be underestimated,” Hagen said. “We have to play every game with all we have.”

After losing to Lyons earlier in the season 3-7, the Red Devils were able to overcome the Lyons 2-1 to conclude the regular season. Such a win speaks to the improvements the Red Devils made over the course of the season. The strides the team has had provided them with an opportunity to be successful in the long run.

“We played our best in the last few games of the season,” Becker said. “We had the chance to pull an upset and move deep into the playoffs.”

Becker concluded that although the regular season wasn’t the best, “the team made its best improvements toward the end of the year and early playoffs.”