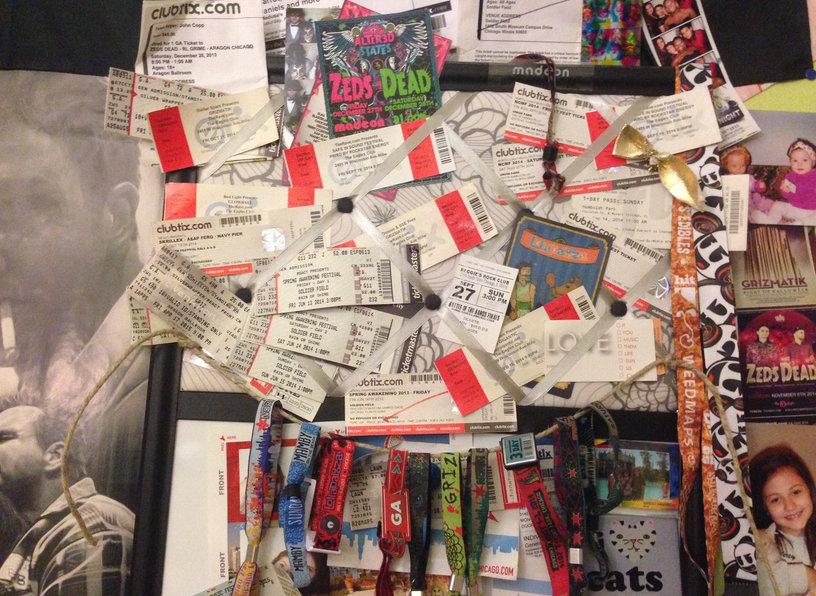 I began my passion for music in the backseat of my mom’s car, singing along to a Russian band called T.A.T.U. From this point on music has weaved its way into my life. As a kid I was involved in choir, and therefore an outlet for expression was created for me. Being around music so often, it became instinctual to have music on at all times.

As a third grader I was listening to all the music any third grade girl would be listening to; catchy pop and Disney artists, until the one day when I came home to my iPod wiped of all of my music, only to be replaced with my brothers extensive iTunes library. This was a turning point in my life; where my passion for music began. My iPod was loaded with Red Hot Chilli Peppers, Eminem and The Killers and my search for a more expansive discography of each artist began. At this point, throughout middle school, discovering music became a puzzle to me: piecing together a musician’s total musical career. I was interested in all genres and became entranced in the variety a musician had throughout all of their songs.

As I grew older and further developed my own musical preferences, I leaned heavily towards alternative, classic rock and punk rock. This music was an escape for me. Rock music served as an expression of my emotions, just through the choice of song or artist I listened to. At this time I learned the power of music, and its’ way of bringing like-minded people together. A common interest in Pink Floyd consequently brought me a group of friends that would become family, in my first year of high school.

However, my passion for music’s power of connecting people was recognized when I went to my first music festival. Being an avid electronic music fan, stepping into this world of people with the same passion for dance music as me, was a powerful moment. From that day, I have been lucky enough to meet people from all around the world at music festivals and shows, that have influenced me greatly. Feeling the connecting power of dancing with thousands of people to your favorite artists, live music became my outlet. Since my first music festival I have gone to more music events than I can remember, and still continue to. In this age of social media, I have been able to stay connected to many of the people I have met through music events, some even becoming my closest friends. I have created connections with hundreds of live music lovers from Scotland to New York to California, some which have traveled to see me and those which I have traveled to see.

As I grow older, I recognize the constantly changing impact music has had on me, and hold it as one of the most influential aspects that has shaped me into who I am today. From a mysterious puzzle of piecing together an artist’s’ music to a worldwide networking of like-minded people, music has been intertwined in my life, inspiring, teaching and connecting me.