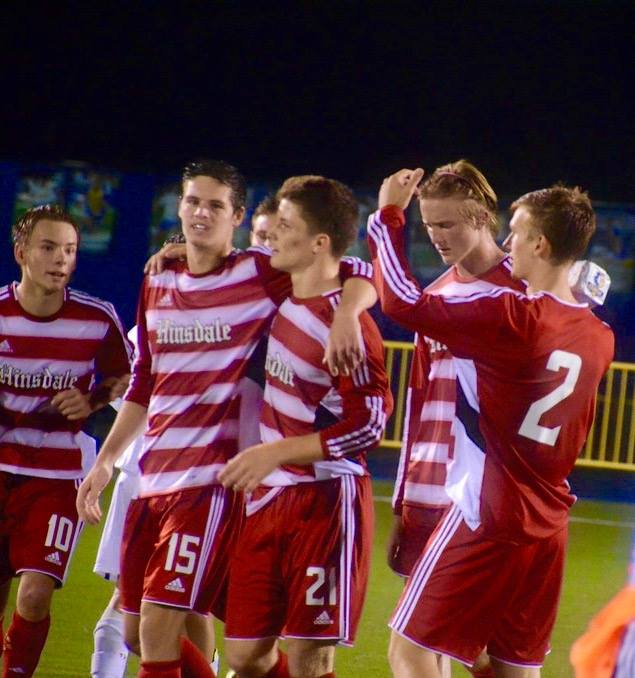 Although the boys' soccer team did not win the state championship this year, the players celebrated a successful regular season.

The boy’s soccer team was excited to come in as the first seed in the state tournament over the weekend of Oct. 23-25.

“There was no more pressure on this game than most, and our team was hyped up as usual,” said Jim Walker, senior and player. “The loss was unexpected, we believed we had the potential to go deep into the playoffs.”

Last year’s champions, however, were eliminated in the second round by Reavis High School. It was disappointing for them, but it didn’t take away from a fantastic rest of the season they had, including a 23-2 record and taking the conference title.

“It was a bit disappointing…but as a whole, the season was a success even without the state title,” Junior Jake Semba said.

Even though the team struggled a bit in the beginning as functioning as a team, they started clicking and winning in the regular season.

“The team gets hyped before every game and treated every game like it was the state championship,” Walker said.

While the season didn’t end as expected, there were many positives for the soccer team to take out of this year, whether it be their impressive record or improvement of attitude throughout the season.

“Even though it’s my last year and I wanted to get a state title for the school, I’m proud of how my team handled the whole situation,” Senior Andrew D’Aprile said. “It’s an honor to play with these boys and an honor to have the season we had.”