Why do chess meets not have cheerleaders? 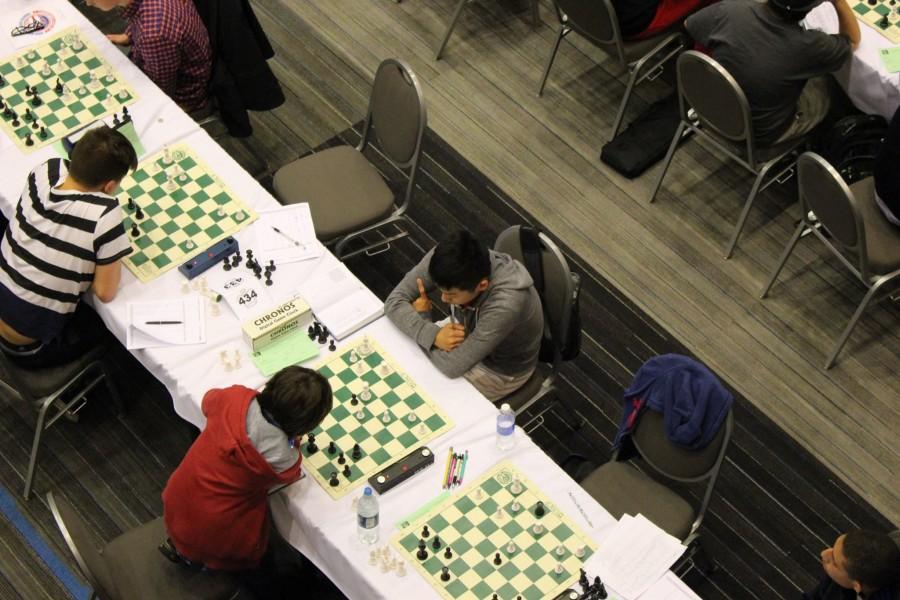 Chess players obviously do not need cheerleaders who would distract from this sport's concentration demands.

Why is it that the most boring sports get the most hype? Why is it that basketball, football, and anything else that ends in ball (except for baseball, racquetball, kickball, whiffle ball, and pickleball) have cheerleaders? It’s a question that I’ve had to ponder over in my shower for years, and now, I must reach out to the public. It’s a known fact that chess is easily the most captivating sport to watch. Why isn’t it treated like it though?

One such explanation is that the other sports are just so boring that they need some hype to bring it up. It makes sense to an extent. The swift moves chess players make captivates the eye like students unscrewing water bottles minutes before their final exam to quench their thirst before the grueling process begins with nothing but their brains and pencils acting as obstacles between the student and the A. It would just be too exciting for chess players if people came to watch or if cheerleaders cheered for them. It wouldn’t fit the scene.

When I reached out to one of the players on the team, I asked him if what I was predicting had finally solved the ancient mystery.

“What? No. What are you talking about?,” said junior Alex Raghav, denying the obvious truth.*

*For purposes of satirical article, quote is fabricated.