The rules of Rugby 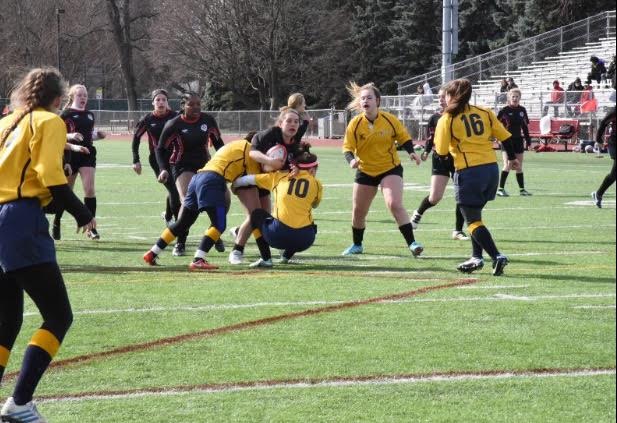 Last year, the Boys' Rugby team were state champions, and this year the Girls' will aim for the same title.

Rugby is a relatively new sport at Central, the Boys’ Rugby team is currently starting their second season and it’s the first for the Girls’. So how is rugby played? The main focus of a team is to score more points than their opposing team which is done through scoring tries. A scoring try is successful when the ball is grounded in the opponents endzone area. Unlike football, the endzone or ingoal area is behind the goal posts.

Similar to football, the game is begun off of a kickoff, but instead of kicking it off of the ground, rugby players are forced to do a dropkick. So, while a team has possession of the ball, they have many options for what they want to do with it. The ballcarrier can either continue carrying the ball, pass it, or kick it.

“Rugby is a sport which takes a lot of strategy and skill. The tackling takes so much more technique than football because there are no pads in the way,” said Sander Adriani, junior.

Each rugby team consists of 15 players that are on the field at one time for an 80 minute game. Only laterals are allowed rather than forward passes, so teams cannot just pass the ball over the defense like they can in football. It takes only hours of learning for basic rugby, but rugby requires strategy, which makes teams creative when it comes to scoring.