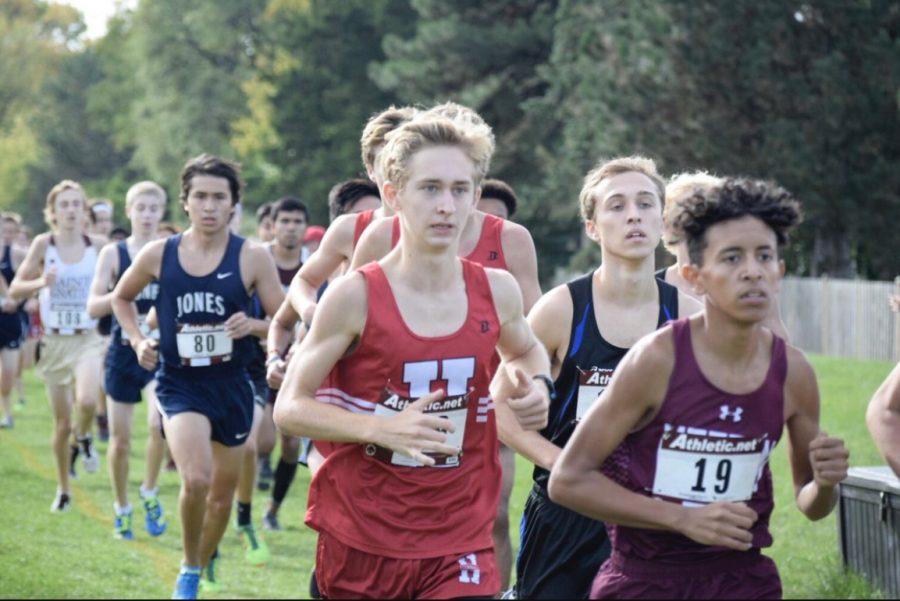 On Saturday, Oct. 29 at Katherine Legge Memorial Park, both the boys and girls varsity cross country teams ran at Sectionals. The boys team placed third, while the girls team tied for second at the race.

“Sectionals is the qualifier for state,” said Mr. Mark McCabe, coach. “It was a three mile race of hills and mud.”

“If you don’t get in the top five at Sectionals, you don’t get the opportunity to run at State,” said Colin Yandel, senior member of the boys varsity team. “Also, [Sectionals] is a good chance to scope out the competition for the State meet because it’s only a week away.”

Yandel placed fifth, so he’s currently preparing to run in the State competition for individuals. The girls who qualified for State are also getting excited, but their routine hasn’t changed much.

“We don’t do anything different to prepare except we taper which means we do less running and conditioning,” said Grace McCabe, senior member of the girls varsity team. “I don’t get that nervous before I race, but it’s good to be a little excited nervous.”

McCabe finished second in her race at Sectionals, making her the team’s highest placing runner.

“As for the weather, of course it can be a little off putting stripping down to Spanx and a tank top on the line for the race but as coach tells us conditions are nothing,” said Caitlin Chval, junior team member. “Everyone else is dealing with the same thing, it’s just an obstacle and obstacles are not the enemy.”

State is on Saturday, Nov. 4 in Peoria, Ill. Each team plans to practice and rest up in order to be ready to run this weekend.