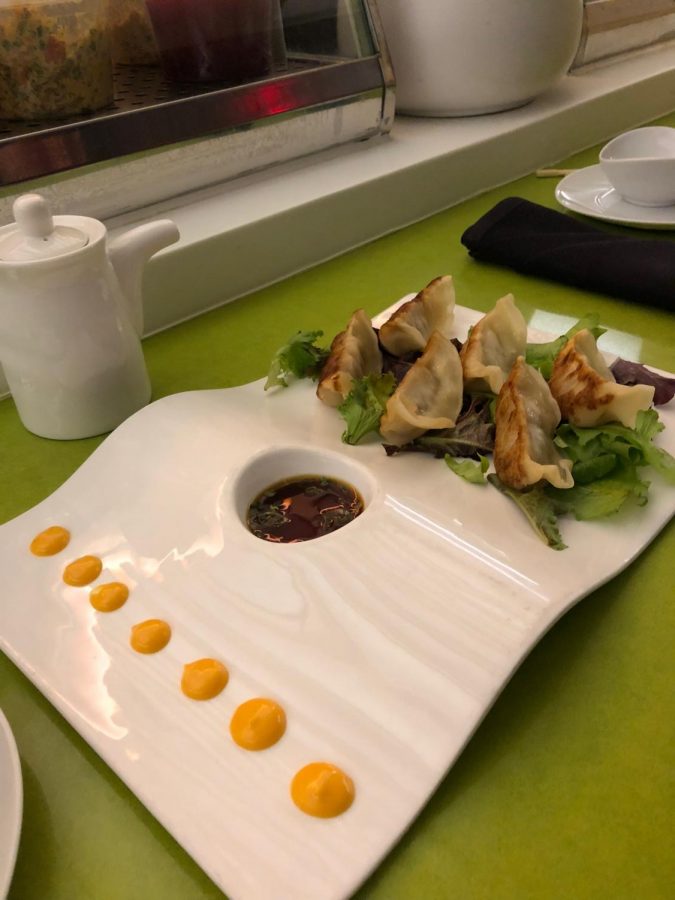 The dumplings from Nabuki's appetizer selection were divine.

With its mix of traditional Japanese cuisine and Latin style, Nabuki in downtown Hinsdale brings new elements to a sushi dining experience.

Upon walking into Nabuki, I was welcomed by the host and brought to the sushi bar, where I was greeted with a complementary roll from Chef Juan Perez.  The dish was called crabby tuna, which is, hence the name, crab wrapped in tuna.

Nabuki takes pride in the presentation of its food.  After all, the way a dish is presented is a very important factor in customer satisfaction.  The crabby tuna was tender, in the sense that it felt as if it were melting in my mouth.  The sauce, typically used on unagi (freshwater eel), added a tangy, savory flavor scheme to the freshness of the tuna and texture of the crab.

Nabuki is a generally well-known restaurant in Hinsdale’s business district.  What most people don’t know are all the rolls that are not on the menu.

“We have anywhere from thirty to forty rolls that are not on our menu, some of the most popular ones include the Stanley Cup roll and the Mr. Clean roll,” our server said.

I ordered the Red Devil roll, named after, of course, the Hinsdale Central Red Devils.  As pictured to the right, the roll has tender tuna and avocado, crunchy shrimp tempura, unagi sauce, and panko (toasted bread crumbs).  It is my favorite roll at Nabuki because of its zesty, yet fresh and clean, flavor.

For those who simply do not like sushi, Nabuki offers many non-sushi menu items, such as the hangar steak or the udon noodles.  The kids menu even has a hot dog roll, which is simply a hot dog wrapped in rice.

“The steak was really good and so were the fries and onions,” said Lincoln Virant, sophomore.

Nabuki is more on the expensive end of Hinsdale dining, but it is a great place for birthdays or other events worth celebrating with a quality meal.