Your Guide to Sounding Smart 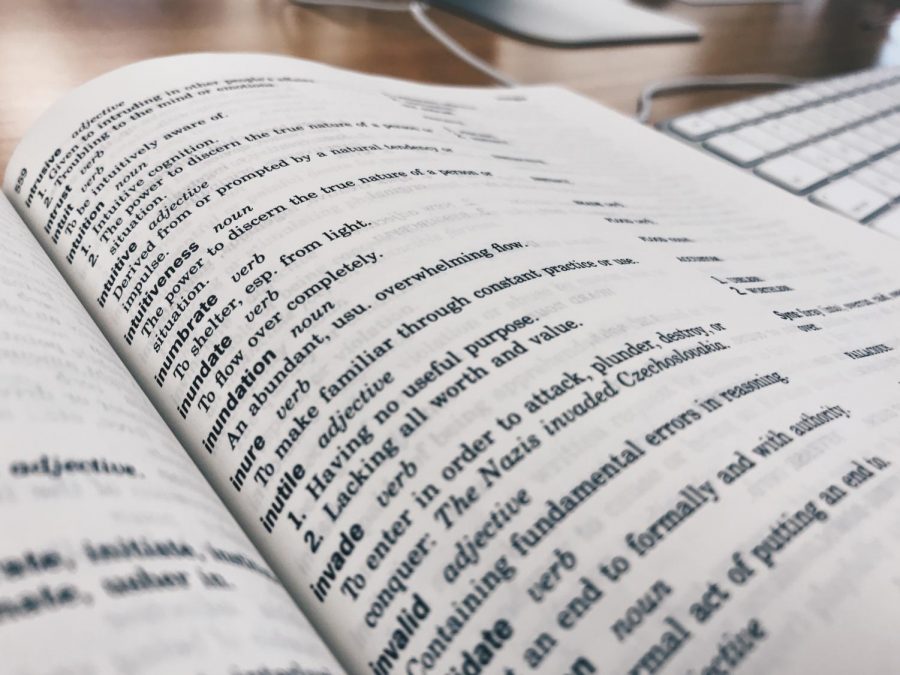 One should be inclined to carry a dictionary like the one pictured above in order to appear much smarter than those around them.

Whether we would gladly admit it or not, we all would like to appear smarter to those around us–or, better yet, emerge percipient to the laymen encircling us. The latter is perspicuously the better option. Who cares if no one comprehends what you are declaring? It is then that they sense your intelligence. As students at Hinsdale Central, we might be surrounded by intellectuals who make us feel less competent, but nay, let that not discourage you from giving a deceitful perception.

If you are one of those agents who utilizes trite and conventional words like “people” and “fun”, it is imperative for you to study this advice. Foremost, you must shy away from terms that the layman would comprehend. If most of the agents encircling you seem to apprehend the meaning of your formulated phrases, you are not competent to be considered a part of the intelligent class, or the bourgeois for the more canny agents reading.

There may be an hour when you do not know how to overcomplicate the locution you wish to articulate and that, my friend, is an adverse circumstance. There is no state inferior to the state of a temporary vacuous cerebrum, or–worse– the cerebrum of a layman. To purge the danger of encountering such a condition, one must incessantly be enlightened. How, you may inquire?

Verily, the response is quite elementary. It is essential to carry a dictionary at all times. My particular proposal is the Compact Oxford English Dictionary which can be procured at this locale in the world wide web, or the Internet for my layman readers.  At the competitive sum of merely $400 and, as the name suggests, simply weighing 140 pounds, this dictionary is an impeccable choice. Containing 500,000 words, 290,000 main entries, 137,000 pronunciations, 249,300 etymologies, 577,000 cross-references, and over 2,412,000 illustrative quotations, it is roughly sufficient to enlighten you.

Whilst the Compact Oxford English Dictionary is the leading option for changing your discerned intellect, it may not always be procurable when necessary. Thus, you would be compelled to memorize, at the minimum, a thousand words from each letter. When this is accomplished, you will have a myriad of choices when deducing words to utilize in a string of phrases, otherwise known as a sentence.

The inquisition may arise: out of all the choices, which appellation must I employ? The retort here is transparent. Choose the word that exceeds ten letters and contains silent letters. For example instead of using the dull-witted term “afraid” utilize “Pusillanimous”. Allow me to provide another illustration for those specimens who are particularly illiterate, rather than defining your confusion with the doltish word “confused” use “Obfuscate” to at least seem like one who would not customarily be obfuscated.

While your gratitude is appreciated, I am the one who is grateful for your willingness to take my much-necessitated guidance. It is a service to me, as I will not have to endure the agony of hearing words as moronic as “people” again.