Girls Volleyball wins at the Volley for the Cure game 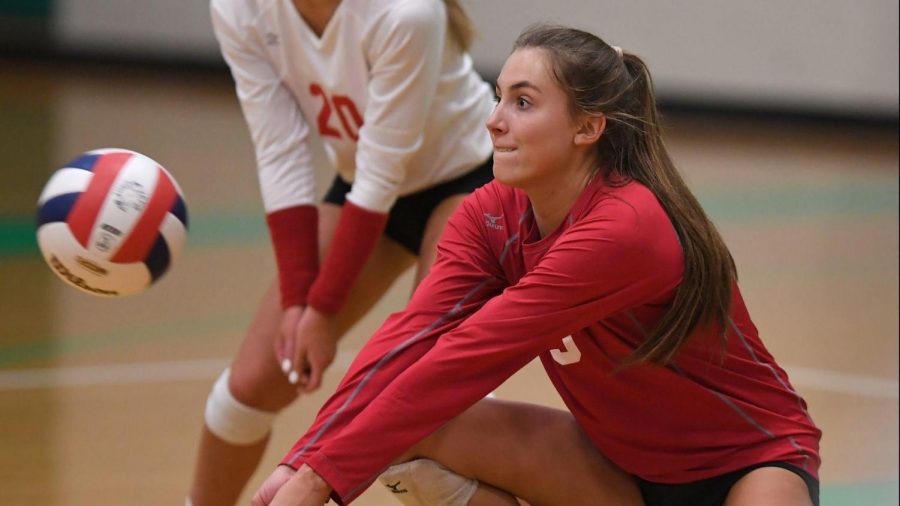 With the end of their regular season games, the girls are now focused on their postseason. Senior Olivia Kreischer prepares a ball for a set during the game against the Hornets.

The Girl’s Varsity Volleyball Team traveled to Hinsdale South High School to face off against the Hornets in their annual Volley For the Cure game on Wednesday, Oct. 17. Central won in three sets, the score was 25-18 in the final set.

What made this game different from others was that the girls wore pink and had a bake sale in the hopes of raising money and bringing awareness to breast cancer.

“This game is super important to us all because it’s for a great cause, supporting breast cancer [research],” said Grace Rafferty, senior. “It’s also our last conference game of the season, which means we have to be prepared for the postseason. It’s a ton of fun for us all to get dressed up and deck out in pink.”

Since the team prepares outside of practice to fundraise for the game, many players prefer it over past games.

“This is one of most looked forward to games of the season,” said Zoe Smith, senior. “We have a bake sale outside of the game with a bunch of treats we made, in the hopes of making money for the cause.”

This was the last regular season game for the girls, and the next big step is the postseason. Though the team is focused on ways to improve, they are also focused on enjoying the end of their season.

“Our goal for the postseason is to go in with a competitive attitude and give it our all,” said Lindsay Knutson, senior. “With eight seniors on the team, we want to make every last second count and have as much fun as possible.”

The next game will be an invitational on Friday, Oct. 19 and Saturday, Oct. 20. The tournament will take place at Lyon Township High School’s south campus.