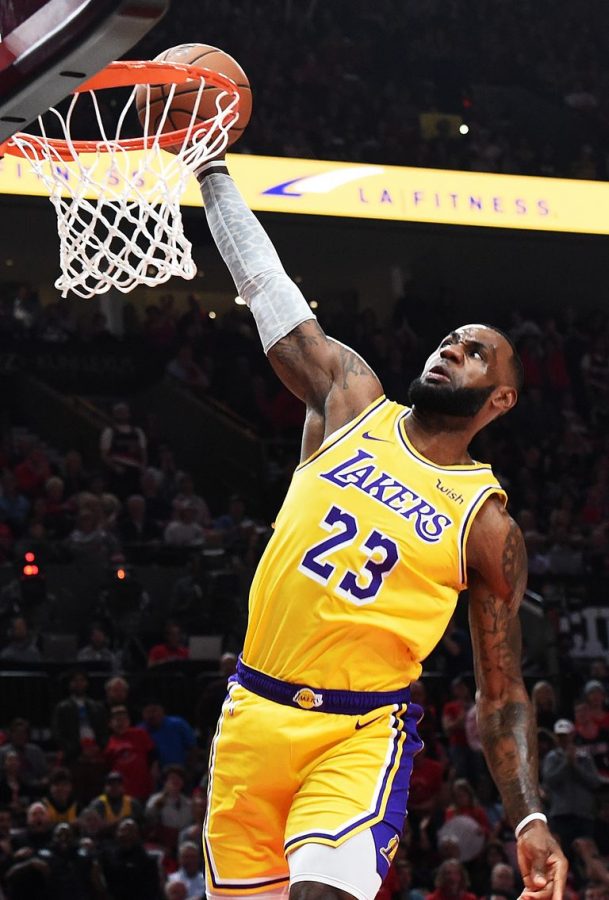 “[Michael Jordan] is a legend, and had a skill set like no other,” said a participant of the survey. “There will always be better and better players in the future, but for his time on the court, he was something unheard of, and was absolutely extraordinary.”

“[Lebron James is the greatest of all time] because Jordan’s competition [at the time] was so much less competitive,” said another participant of the survey. “Every single player in the league today could be compared to Michael Jordan in his prime in terms of athleticism, and [even] then Lebron James still stands out with that much better competition.”

LeBron James is 34 years old and is in his 16th NBA season. Michael Jordan ended his career at 40 years old and 15 NBA seasons. Michael Jordan led the Chicago Bulls to six NBA finals and won all six of them. LeBron James has only won three championships, but he has gone to the NBA Finals seven times. Lebron James has been Most Valuable Player four-times, three NBA Finals MVP, and two Olympic gold medals. He is also the all-time NBA playoffs scoring leader. Jordan has been MVP five-times, six-time NBA Finals MVP, and 10-time NBA scoring leader.

The Lakers will next play the Eastern Conference-leading Milwaukee Bucks on March 19 at 5:00 p.m.